Nationwide, more and more of America’s top businesses are realizing that LGBT-led companies have manufacturing and service clout that account for a rather daunting portion of the gross national product.

Jonathan D. Lovitz, the NGLCC senior vice president, agrees that if this same dollar amount were compared with worldwide economies, the LGBT community would be one of the 10 wealthiest in the world.

Remarkably, in the last several years, the LGBT community has noticed a surprising nationwide trend – when local governments passed regulations that hinder equality and free enterprise, corporate America and privately-owned business demand fair play.
“We’ve seen an upturn in businesses taking a stand against such laws,” Lovitz said. “The social movement starts with the economy but many of these companies and their corporate culture demand diversity in the workplace.”

In turn, the NGLCC is making headway.

“NGLCC and our partners have never been more committed to ensuring opportunity and success for our community– one business and one connection at a time,” said NGLCC cofounder and president Justin Nelson. “The indomitable and entrepreneurial spirit of our LGBT family is what has made NGLCC the global leader in LGBT business opportunity over the last 15 years, and it is what will propel us into the next 15 years ahead.” 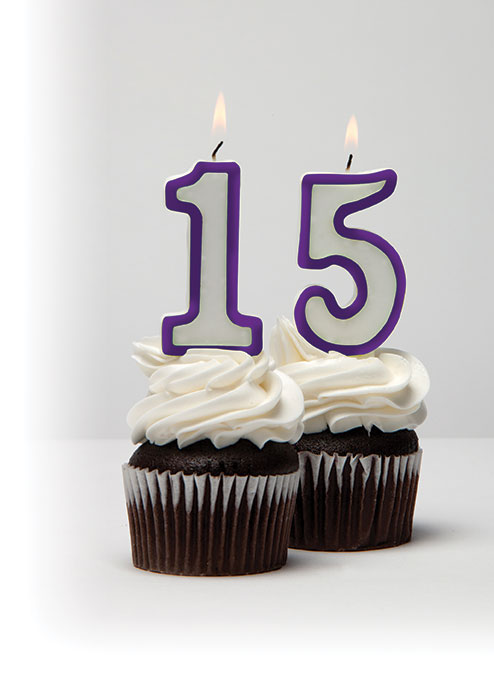 When the chamber first opened its doors in 2002, NGLCC Co-founders Chance Mitchell and Nelson had the foresight to realize that social change could be derived from business inclusion for the LGBT community. Simply put, they believe that economic empowerment could ultimately impact the equality movement.

“The NGLCC serves as the business voice for the LGBT community by ensuring that LGBT business owners have a seat at the table for both federal and local pro-business policy initiatives and interests. Using its national presence, NGLCC takes an active role in discussions with legislators and government officials at all levels of government to advance the economic interests of the LGBT business owner,” the NGLCC website noted.

By 2003, the NGLCC grew to more than 80 affiliate chambers. But it wasn’t until 2004 when the true groundwork toward business equality was laid with the founding of the NGLCC’s best-in-class diversity certification program.

Currently, more than 964 companies are certified within and outside of America and it includes the LGBT community. In 2015 Massachusetts became the first state to include the LGBT classification in state contracts and the trend continues.
“Each day more and more states are putting up bills asking for LGBT diversity to be included in their state contracts,” Lovitz said. “It’s their way of announcing that their state is open to business. They are paying it forward and investing in the future.”

While LGBT shares many of the same values as any provider, Lovitz emphasizes that LGBT businesses share some positive characteristics that set them apart from the majority of companies. The average certified LGBT business boasts an average lifespan of 12 years, whereas most businesses average a lifespan of only 2 years.

“LGBT business owners have found that there’s no more inclusive boss than themselves,” Lovitz said. “They have created their own fully-inclusive work environment. A culture that they created by hiring a diverse team, starting at the very top.”

The NGLCC offers a variety of programs and initiatives to support their certified members including access to NGLCC Corporate Partners. Matchmaking and networking events are held across the country throughout the year to enhance these relationships. These events culminate each summer with NGLCC’s International Business & Leadership Conference, the largest LGBT business event on the planet.

In addition, certified LGBTs also have access to scholarship programs, mentorships, leadership training and other business development tools included with their certification.

“Every day we are adding new suppliers, new corporate partners, new team members, new tools for sharing information and contracting opportunities, and always exploring new partnerships with all diverse communities— because when we all do better, we all do better,” Nelson said. “We won’t rest until every LGBT business owner in the United States, and in the increasing number of countries we work with around the world, has unfettered access to every opportunity possible.”

Regardless of the political party, Lovitz emphasizes one key point. “You can’t be pro-business and anti-LGBT at the same time,” he adds. “No administration can afford this mistake because the numbers just don’t add up.”

NGLCC has discovered that there are thriving successful LGBT business owners in every pocket of America.

“For an economy to work is has to include all people. Everyone must have permission to participate. It’s not just morally right, it’s economically responsible,” Lovitz said. “These companies have discovered that it’s the best decision for their bottom line. Our community brings brilliant talent and delivers innovative new ideas and opportunities to these companies.”

2002 – The National Gay & Lesbian Chamber of Commerce started when Justin Nelson and Chance Mitchell realized no one had really considered the economic equality of LGBT people or the impact economics could have on the equality movement. The two co-founders sought to showcase that LGBT people were business owners, employers, taxpayers, providers of healthcare – that they were a vibrant, essential part of the small business engine that makes the U.S. economy run and therefore, deserved a place at the equality table.

2003 – First NGLCC Conference held in Washington, D.C. Over 80 LGBT and allied business leaders attended. The conference has since grown to serving over 1,000 attendees and includes guests from around the world.

2008 – NGLCC exceeds 250 LGBTBE in first four years of certifying, achieving over 500% growth in the LGBT Business Enterprise supplier base.

2013 – NGLCC Global launched. NGLCC GlobalTM, a division of the National Gay & Lesbian Chamber of Commerce, promotes the growth of small businesses and provides the quickest and most effective path to broad-based economic advancement and empowerment of the global LGBT community. Through a variety of resources, we connect LGBT-owned and -allied companies, multinational corporations, and international affiliate chamber leaders and members.

Massachusetts Becomes First State to Include LGBTBEs in Contracting. First-in-the-Nation Statewide Inclusion of LGBT Business Enterprises Enacted by MA’s Governor Charlie Baker with the Guidance of the NGLCC

NGLCC releases groundbreaking America’s LGBT Economy Report, the first ever exploration of the economic impact of LGBT-owned businesses on the U.S. economy. Over $1.7 TRILLION dollars is added to the GDP by LGBT-owned businesses, and NGLCC certified LGBTBEs alone have created over 33,000 jobs.