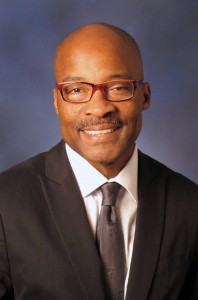 Brian Little says that the primary reason for his company’s steadfast support of the lesbian, gay, bisexual and transgender community boils down to two simple words — “people vision.”

Little is the head of human resources at Zurich North America. Zurich is a leading multiline insurer that serves customers in global and local markets, providing a wide range of general insurance and life insurance products and services in more than 170 countries.

Zurich’s “people vision,” which includes diversity and inclusion, is a major part of the company’s strategy, according to Little. “Zurich has made an effort to support diversity and inclusion for years,” he said. “We have had nondiscrimination policies in place for many years internally and have extended this fundamental belief to how we do business in the communities in which we do business.”

Zurich’s support and commitment of the LGBT community is incorporated wherever possible, including in supplier diversity, outreach, workforce and human resources.

“We have several employee resource groups, including PrideZ — which is a growing group of both LGBT individuals and allies — who are committed to supporting awareness, sensitivity and inclusion of the LGBT workforce across Zurich,” Little said. “As we continue to make progress to ensure Zurich is both diverse and inclusive, we recognized that the LGBT community would need additional support from our senior managers, as regulators and other institutions are beginning to recognize the unique needs and contributions of the LGBT community.”

PrideZ is active in several of Zurich’s offices, including New York, and members meet regularly for networking, education and community service projects. New York is particularly active, Little said, because the New York metro area is one of the most diverse areas in the United States. PrideZ is actively involved in the monthly networking mixers of National Gay and Lesbian Chamber of Commerce New York.

A major portion of Zurich’s business is global, and the fact that LGBT perspectives vary from country to country can sometimes be challenging, Little said. “In most cases, the core opportunities and challenges are similar. However, some countries do not recognize civil rights in the ways that countries like the United Kingdom and the United States have. As a public organization, Zurich must respect the laws of the countries in which we do business. However, we can be one of the many strong voices for change.”

Little encourages potential LGBT employees to consider working for the insurer. “Zurich strives to be a company where all employees can be at their best,” he said. “We strive to have an inclusive culture that respects our differences and celebrates the uniqueness of the individual, while recognizing we share a common purpose to be the best global insurer. We work with specific intent to have a culture where employees can be who they are, which encourages them to be engaged and contribute to the success of our company.”

He added, “A more engaged employee is a more productive employee.”

Although Zurich has been steadfast in its support of diversity and inclusion in its successful 100-plus years in business in North America, Little understands that other companies may not feel the same way and may also be reticent to show their support for LGBT individuals. “I would advise that corporations should be clear about their overall strategy as it relates to customers, regulators, employers and the overall community,” Little said. “Support for LGBT individuals or any other group should be rooted in the core business strategy, recognizing the potential that LGBT support can bring. Like many changes in our society, there is still much discussion and support needed for leaders such as executives, politicians and regulators.”