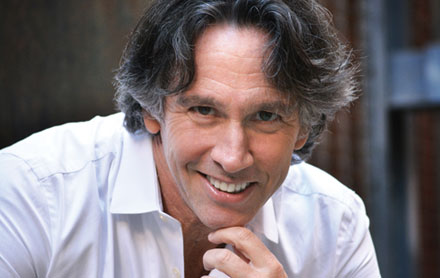 Love and Pride, an online business founded to promote education and better understanding of the LGBTQ community today announced a historic new expansion of their consumer reach with a presence Zales stores across the U.S. and Peoples stores in Canada. Zales is owned by Signet Jewelers Ltd [SIG:US]. Since its inception, Love and Pride has donated over $500,000 to LGBT causes and is now encouraging support for those affected by the recent mass shooting in Orlando, FL at the Pulse, an LGBT bar and nightclub that resulted in 49 dead and over 50 people injured.

“While we are thrilled to bring our product line and the spirit of our work at Love and Pride to Zales stores across the country, we are acutely aware of the urgent need to support the LGBT community in the aftermath of the Orlando shooting,” said Love and Pride founder Udi Behr, who is also the award-winning jewelry designer behind the collections. “Our hearts go out to all those affected and we are even more determined to find ways to support the LGBT community, by going to https://www.gofundme.com/PulseVictimsFund to support the victims and their families,” continued Behr.

“Despite the progress we have made, with marriage equality finally a reality in the United States, we know there is much work left to do. After supporting organizations fighting marriage equality, which was incredibly fulfilling, Love and Pride will now find ways to support groups that foster more acceptance of the LGBT community. We urge everyone to support Orlando by going to https://www.gofundme.com/PulseVictimsFund and contributing to help the families of those killed and injured,” concluded Behr.

“This partnership with Zales will help Love and Pride fulfill its mission as a successful business, and as importantly, one that supports the LGBT community and will create an accessible, meaningful option for LGBTQ people seeking products that speak to their hearts,” continued Behr. “This partnership, in the works for well over a year, has been a labor of love. As we reach out to the LGBT community across the country, Zales has been an amazing ally, providing training and support to all their stores to provide the most inclusive and thoughtful experience for couples who are looking for beautiful jewelry that speaks to their hearts as they marry. We postponed this launch in deference to the massacre in Orlando and are now redoubling our efforts in solidarity with the victims, their families and the larger LGBT community that is reeling from this tragedy,” concluded Behr.

Love and Pride’s jewelry collections, including engagement, commitment, wedding and anniversary rings, are now available in over 60 Zales stores in the U.S. and will be expanding to other stores in the U.S. and Canada. Love and Pride has enjoyed strategic partnerships over the years with many companies, ranging from Fred Segal to Saks 5th Avenue and worked with television programs like The L word and Queer as Folk Show. The Zales collaboration is their largest ever and comes as the LGBT community celebrates the one year anniversary of the Supreme Court decision that made marriage equality the law of the land across the U.S, 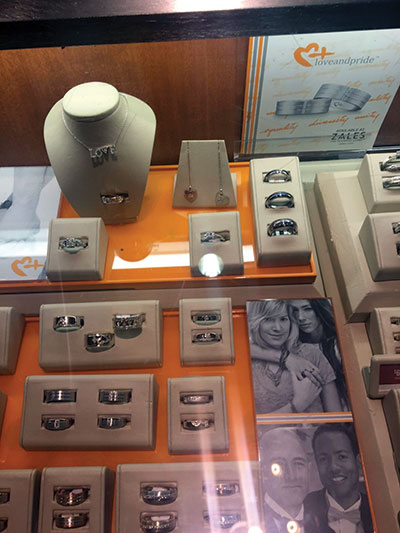 Love and Pride has enjoyed strategic partnerships over the years with many companies, ranging from Fred Segal to Saks 5th Ave, but this is their largest ever. As a philanthropic and socially conscious business, they have donated over $500,000 to The Matthew Shepard Foundation, Marriage Equality USA and the Human Rights Campaign. The company is also in the midst of an expansion as an e-commerce brand to become a multichannel content-driven marketplace for LGBTQ people and their allies.

“Love and Pride and Udi Behr have stood with us for more than a decade and helped make possible our work to replace hate with understanding, compassion and acceptance,” said Judy Shepard, founder and president of the Matthew Shepard Foundation. “We are thrilled to see Zales and their customers embracing this opportunity for people to be their authentic selves and commemorate their love with this beautiful jewelry.”

“Our partnership with Love and Pride was an amazing collaboration of beautiful design and craftsmanship, with a deep commitment to human rights that helped us reach our goal of marriage equality for all. When people wore the Marriage Equality USA pendant it gave us a visible way to show our love and pride and make a positive statement about our work,” said Brian Silva, Executive Director of Marriage Equality USA. “Udi and his team supported us because they care about people – all people and want to create a better world for LGBTQ people,” concluded Silva.

For more information go to www.loveandpride.com