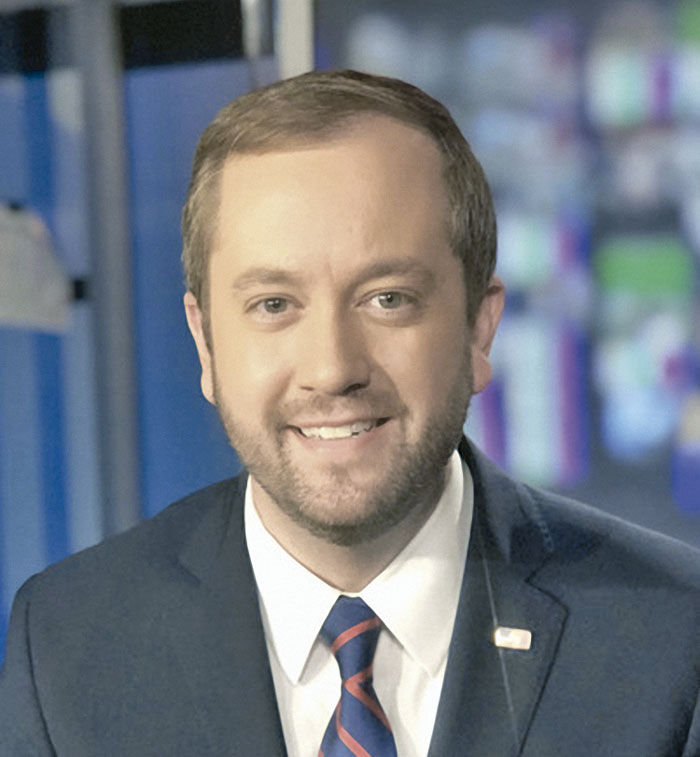 Kevin Walling (@kevinpwalling) is a Democratic strategist, Vice President at HGCreative, co-founder of Celtic Strategies, and a regular contributor on Fox News, Fox Business and in the Hill Newspaper. From 2008 to 2010, he led Equality Maryland, advancing LGBT equality efforts in Maryland.

How many times have you heard that “this upcoming election is the most important one of our lifetimes?” We heard it in 2004 as Americans debated the merits of the war in Iraq, and again in 2008 during the depths of the economic recession. And, it was certainly the adage many commentators used to frame the 2016 election between then-candidate Donald Trump and Secretary Hillary Clinton.

It really was true in 2016 and is even more true today as we face the prospect of the reelection of Donald Trump. Should Donald Trump return to the Oval Office for another four years, members of the LGBT community are well aware of the existential threats to our community, our families, and the hard-fought freedoms we have won.

Since taking office in 2017, the president and his administration have systematically worked to undo all the progress that was made during the Obama and Clinton Administrations. With record efficiency, Trump officials have been attempting to erase members of the LGBT community from federal regulations, policies and programs. If the Obama Administration taught us the power of an executive branch committed to the cause of freedom, equality and justice for LGBT Americans, its’ successor is teaching all of us just how far those powers can be used to hurt us.

In the past year alone, the Trump Administration has changed federal policies to allow for hospitals to discriminate against LGBT patients, filed a brief in the U.S. Supreme Court to allow laws that specifically discriminate against transgender Americans, (including banning them from military service), and now allow state-based adoption agencies to discriminate against current and aspiring LGBT individuals and parents when it comes to adoption and foster care. These policy changes just scratch the surface when it comes to everything the federal government is doing to erase LGBT from the public record.

Many of these new discriminatory regulations have been promulgated under the pretense of so-called religious freedom, which is the idea that a person’s religious beliefs should come before dignity and equal access to justice and laws for members of the LGBT community.

In the wake of the COVID-19 pandemic, fractures in our healthcare system have also been illuminated with stunning clarity. From a 2017 Cigna study, we know that LGBT people are at a greater risk for certain conditions, diseases, and infections including higher rates of certain cancers. According to the same survey, members of the LGBT community are also less likely to have health insurance, less likely to fill prescriptions, and also more likely to be refused health care services.

In response to this global pandemic, the Trump Administration has actually worked to make it more difficult for Americans to access health care. Resisting calls from health insurers, doctors, and congressional Democrats, President Trump “decided against opening up a special enrollment period for the Affordable Care Act” while at the same time pushing forward with a lawsuit by Republican governors to invalidate the ACA. Any court ruling against the Obama-era landmark health care law would likely reinstate coverage discrimination with regards to preexisting conditions, causing even more uncertainty and pain, especially targeting members of the LGBT community.

What the LGBT Community Can Do About it
According to the Williams Institute, there are nearly nine million LGBT adults who are both registered and eligible to vote in the 2020 election. LGBT voters are “racially diverse, nearly half (47%) are under age 35, and one-third have at least a college education” as compared to the rest of the population.

In 2016, ten states were decided by less than 4% of the vote in the electoral match-up between Secretary Clinton and Donald Trump. Michigan was decided by just 0.3% of the voters or a mere 13,080. The next closest state, New Hampshire, went for Clinton by just 2,701 voters, or 0.4% of the vote. Much has been written about Michigan, Wisconsin and Pennsylvania during the 2016 election; however, if just over fifty-thousand voters in those three states had switched from Trump to Clinton, America’s 45th president would have been its’ first female Commander-in-Chief.

According to the same Williams Institute survey, “Large percentages of LGBTQ voters live in the Pacific (23%), Mid-Atlantic (19%), and South Atlantic (18%) regions, as defined by the US Census.”

This distribution of LGBT voters is especially important with regard to the Electoral College, where we know the 2020 election will be decided by a handful of thin margins in key states. LGBT voters will have an outsized role in deciding the election for president between the incumbent, Donald Trump and the presumptive Democratic Nominee, former Vice President Joe Biden.

In addition to the critical presidential election, control of the U.S. Senate is increasingly up in the air based on changing dynamics in the states. There are four key senate races in both the Mid-Atlantic and Mountain geographies where LGBT voters form a larger percentage of the electorate than their straight counterparts: North Carolina (Tillis, R-inc), South Carolina (Graham, R-inc), Colorado (Gardner, R-inc) and Montana (Daines, R-inc). Democrats need just three senate seats to take back the upper chamber, as long as Biden defeats Trump in November.

Biden’s Leadership on LGBT Issues
The differences between the last three years of the Trump Administration as compared to the Obama Administration could not be more apparent, as we have seen. Then-Vice President Biden led the fight on repealing Don’t Ask, Don’t Tell; secured passage of the ACA; and back on May 6, 2012, Biden became the highest ranking American public official to back marriage for lesbian and gay people.

Biden’s credentials as a leader on LGBT equality issues are incredibly strong, especially when contrasted with that of his general election challenger. If elected, Biden has made passage of the Equality Act one of his top legislative priorities, announcing that he would work to secure passage within 100 days of his inauguration. In addition to passing landmark LGBT legislation early on, Biden has also spoken for the need to reverse the hurtful Transgender military ban and end LGBT discrimination in our healthcare system. Additionally, he would work to not only protect the ACA, but improve upon it with a public option.

We know that some of the most vulnerable members of the LGBT community are found on the opposite ends of the generational spectrum. The former Vice President has made a commitment to LGBT seniors and will work to enact the Ruthie and Connie LGBT Elder Americans Act that would ban discriminatory treatment of older LGBT Americans. At the same time, the former Vice President would push for the passage of the Tyler Clementi Higher Education Anti-Harassment Act, which will establish a grant program to support campus anti-harassment programs across colleges and universities to protect LGBT youth facing harassment, bullying and discrimination.

2020 is the year of the LGBT voter
LGBT Americans will play an outsized role in deciding key elections across the country. The policy differences affecting the LGBT community, (access to quality, affordable healthcare, Transgender civil rights and so much more), are abundantly clear between President Donald Trump and former Vice President Joe Biden. At nine million strong, LGBT voters must make their voices heard in November.