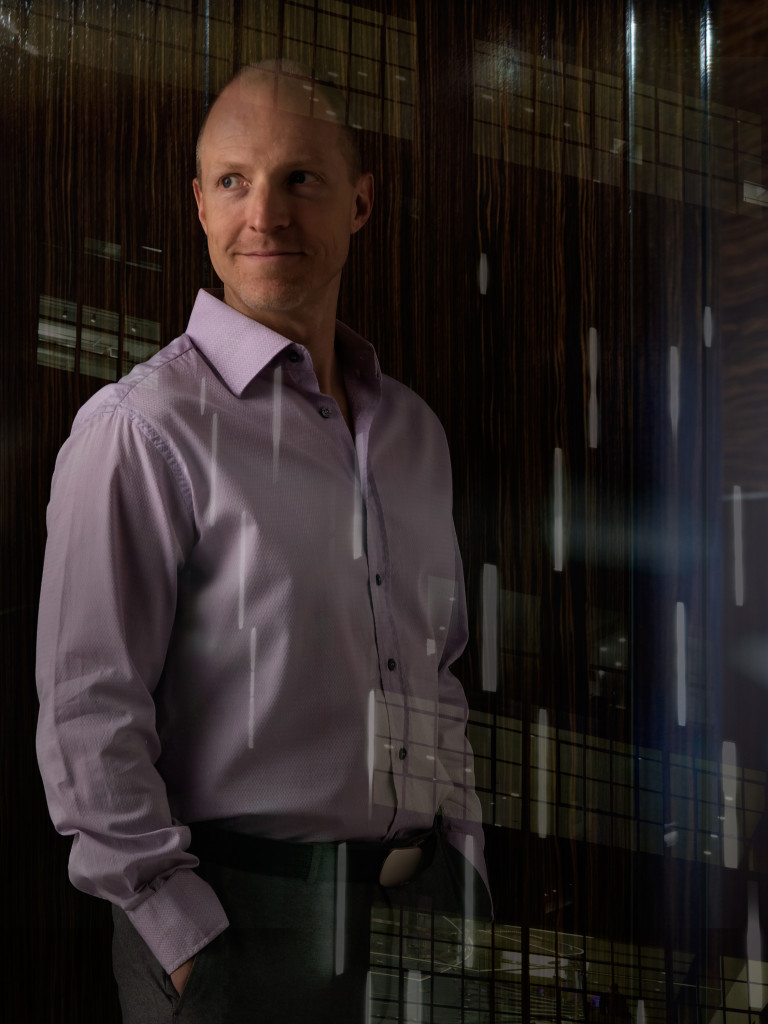 Tim Bennett and John Nash were childhood friends, navigating microscopes, frog dissection and lab tests together while sophomores in high school biology class. Little did they know that, some 30 years later, they would be the co-hosts of the first-ever original business show developed and produced for satellite radio.

Bennett and Nash are the engaging, friendly and warm radio personalities behind The Focus Group, a highly successful business- and career-focused program which airs live weekly on SiriusXM OutQ Channel 106. Some 500,000 devoted listeners in North America tune in regularly every Saturday at 11 a.m. Eastern Standard Time for two hours as they bring to life the show’s motto to “listen, laugh and learn” about business. The program is replayed on Sundays at 4 p.m., Tuesdays at 2 p.m. and Wednesdays at 3 p.m.

The Focus Group’s history began in 2004 when Bennett and Nash — both advertising executives who played formative roles in defining and building the field of gay and lesbian marketing — realized there was a critical missing voice on the radio.  At the time, Bennett was the director of advertising for Subaru of America Inc., and Creative Director Nash handled niche marketing — including gay and lesbian advertising — at his agency Moon City Productions.  Nash started making unique, brand-integrated media buys on SiriusXM, which had a popular following thanks to its new technology and commercial-free, 24/7 content.

Bennett and Nash quickly realized that SiriusXM’s programming could use content focusing on business, career and the consumer culture from the lesbian, gay, bisexual, transgender and queer point of view. “For many LGBTQ people, managing their identity in life and at work is one of the very first jobs theyhave,” Nash said. Bennett and Nash soon began co-producing The Focus Group out of SiriusXM’s offices overlooking the Hudson River in New York City. Today, listeners love the show’s branded content and the fact that every program provides listeners with actionable and smart information.

In planning their shows, Bennett and Nash said their biggest challenge each week is to make sure they leave their listeners wanting more.  While the show runs two hours, the prep work can take twice as long or more. Bennett said, “We only have one chance each week to put on a good show, a show we’d like to listen to.”  He added that The Focus Group is viewed by many listeners as appointment radio.  They also make a point to switch off, so there is a natural flow and rapport in the conversation. Nash said, “We are respectful of one another. We both use the same material to prepare from, but we bring different perspectives. That’s just the nature of being friends for 30-plus years. Doing interviews is kind of like a ping pong ball.  We might go about it a different way, but it’s a fun difference our listeners expect from us.”

Looking back on their years in radio, Bennett and Nash said the greatest reward has been the candid and heartfelt response “from the world,” aka their loyal listeners. From the busy suburban housewife in Long Island who emailed them to say she uses their show each week to drive in her car and get away for “her time” to the father who contacted the hosts to say he listens to the program regularly with his son who was in the process of coming out, the hard work and long hours producing the show have been well worth it. They are especially pleased when listeners write to them and ask for information from past shows to share with friends or loved ones. “When these things happen, it makes me feel good about what we do,” Bennett said.

Nash said that many savvy brands in finance and banking, in particular, have done a good job reaching out to gay and lesbian consumers. LGBTQ employee groups are now in vogue, and many companies do a good job internally with promoting their efforts but, he cautioned, they can’t lose sight of the all-important consumer. “Sometimes I scratch my head, as there is often a disconnect,” he said. “Gay and lesbian consumers want to know they are welcome as a consumer. Businesses may have great internal policies [on diversity and inclusion], but if they’re not telling the consumers, they are only half way there.”

While The Focus Group show is doing well thanks to its listeners and sponsors — Volkswagen of America Inc., Wells Fargo & Co., H&R Block and Orbitz Worldwide Inc. — Bennett and Nash have some simple advice for marketers who have not yet fully embraced the LGBTQ community or have chosen to only market during Gay Pride month.

“If a company is going to choose to reach the LGBTQ consumer, it can’t be a one-minute effort. It can’t be a 10 – or a 15-minute effort. It should be a concerted, dedicated effort, and it needs to become part of the company’s DNA,” Nash said.  “Be authentic. Be smart. And, be in it for the long haul.”