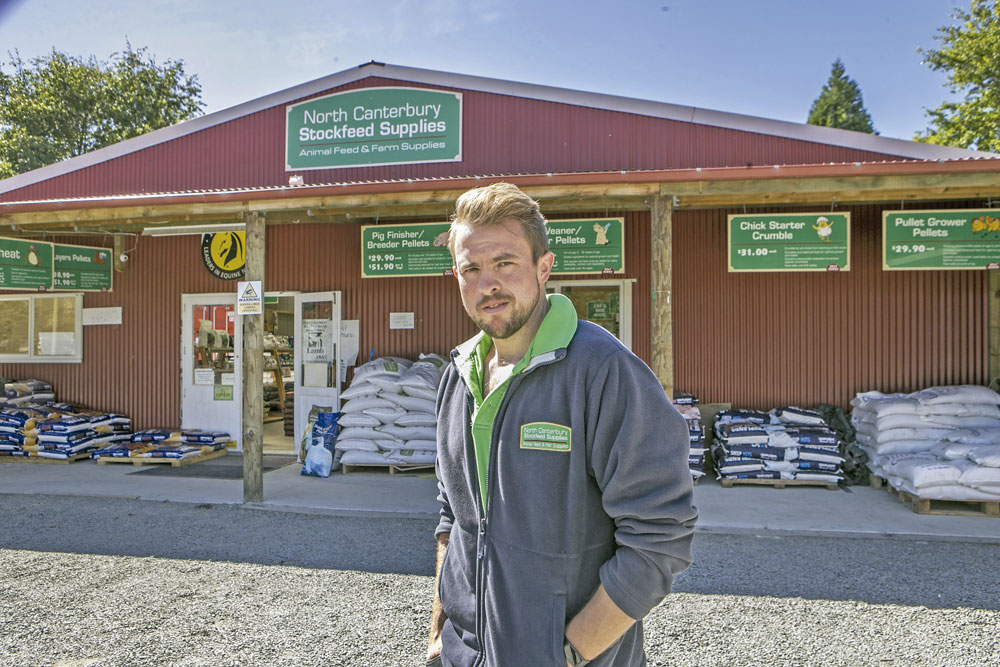 Forming and developing a company is a challenge on its own when you’re 18 and gay in an industry dominated by conservative values and views is a whole new level.

Michael Heaven, owner and founder of two successful animal and pet food supply companies formed his first company in the rural and pet food sector in a small town in the South Island of New Zealand in 2009.
Whilst celebrating his 30th birthday abroad, he took stock of his accomplishments and hurdles he had to face and still faces today over a decade of business.

This is his story.

The challenges I had faced was like any young entrepreneur. However being gay and feeling a form of suppression in your chosen industry, is quite another.

Working with animals and the people that own or farm them is such a fun industry to be in. When you roll up to a farm and see working dogs moving sheep or a horse stable with new foals, it brings so much joy. The first company I founded is an animal food and pet supply store. It supplies farms with animal food and supplies. We service over 300 farms in our region alone with our on farm sales team and our weekly delivery service.

This started out with me jumping in my truck and cold-calling onto farms when I was 18. It took guts, as these guys were ruthless to first deal with for a young buck like me. Now it’s developed into a major part of the company.
The retail store services urban and small holdings in the North Canterbury region. We are the largest independent retailer of its kind in the South Island of New Zealand now. The success of my first business and the knowledge I learnt, lead me to install a factory on site and incorporate another company.

Over 3 years ago I founded a company called Anmax New Zealand. Although it was supposed to be just a separate company for the sole purpose of importing, it led into manufacturing, processing and distribution. Being in business is fun but when you have entrepreneurial attributes it makes waking up in the morning and going to work a dream.
At present, I am about to launch two of my own trademarked brands, dried dog food and a frozen line and a line of bird and small animal food.

It’s been a struggle over the past decade to find time for my personal life. However, with a compliment of staff running the companies I am in more of a management role.

My aim by 30 was to find a better work life balance and I think I have accomplished that now.

Growing up in small town New Zealand surrounded by conservative views aided and also hindered me. It gave me an understanding and appreciation of how this career thinks, acts and functions in society. But I also knew I had to suppress my own feelings and desires in life. A common acronym I use is, I’m Michael during the week and Michelle on the weekends.

I can walk into a small town local pub full of farmers and football players and have a conversation without being marginalized.

In recent years I have come to understand that this is a form of suppression where one has to change how they act, speak and discuss opinions around an audience of people to obtain capital gain, solely because of one’s ideology over another’s professional ability. That is wrong. The old adage of sticks and stones can break your bones but words will never hurt me is utterly B.S.

In a physical form it has merit but as we have grown to understand that our mental stability and health has an equal or greater part to play in social functionality.

Working in an environment such as the rural sector and having to sit in agreement with someone’s ignorance on comments requires discipline. Not only in a sector such as mine but in business in general.

I believe even though humankind has made major leaps forward to accept and incorporate the feelings of minority groups such as the LGBT+ Community, woman and enthic groups, you will never rid entirely one’s own mental suppression they put upon themselves which stem from social constructs that still exist today against us.
I have accomplished what I have through true grit and hard work plus a little thing called persistence. But I know that if I was more open about my sexuality in the form of flamboyant or more feminine I wouldn’t be where I am today as I would have been ripped apart through words and ridicule in my chosen sector.

I see this regularly in the rural sector that young guys have to move away from home and out of the sector completely when they are in their infant stages of “coming out”. This is sadly a global problem through many sectors.
A sector that is closed minded and displays traits of non-acceptance to a minority group must accept the fact that they are limiting the success of their sector and the world. Having seen young bright and enthusiastic gay men leave their chosen field or a field they just love is heart wrenching through homophobic comments that may not even been directed at them. It just creates an unstable and unfriendly environment.

Just imagine the reported 10 to 20 percent of the global population which identifies as being LGBT+ could thrive and succeed in their chosen field without suppression. That farmer could have developed a new way to produce plants or animals with fewer emissions; that business owner could have become a world leader; that engineer could have designed a safer way to travel and function in society; and that doctor could have cured cancer.
I believe, If you are suppressing society of people, you are suppressing the world to succeed.