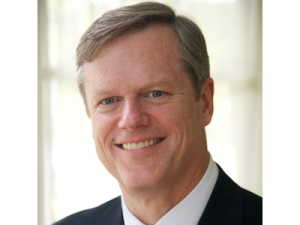 In November, the Commonwealth of Massachusetts became the first state in the nation to issue an executive order including certified lesbian, gay, bisexual and transgender business enterprises in contracting and procurement opportunities alongside women- and minority-owned businesses. For LGBT citizens in Massachusetts, this policy provides fair and equal access to business contracting opportunities that cultivate innovation, create jobs and drive economic growth throughout the commonwealth.

“We are committed to ensuring diversity as the state engages business suppliers and contractors and are excited about this opportunity to include LGBT business owners in the state’s network and procurement chain,” Gov. Charlie Baker said. “We are proud to uphold our promise to expand opportunities for diverse and small businesses, as our administration works to extend economic prosperity to more communities throughout the commonwealth.”

This policy initiative is a collaboration between the Commonwealth of Massachusetts and the National Gay & Lesbian Chamber of Commerce, which will serve as the exclusive certification body for LGBT business enterprises in the commonwealth. The NGLCC serves as the exclusive third-party certification body for LGBT-owned businesses nationwide and has certified nearly 800 LGBT business enterprises to date.

“Nothing says the spirit of America like an equal seat at the table for every business owner who wants one,” NGLCC co-founder and President Justin Nelson said. “We thank Gov. Baker’s administration for its commitment to the LGBT community in Massachusetts. LGBT-inclusive supplier diversity means that there will be greater LGBT business visibility across Massachusetts. Economic visibility — just like social visibility — is essential in building a diverse and inclusive society.”

This decision will directly impact the estimated 21,000 businesses owned by LGBT individuals in Massachusetts, using the definition of small business that is standard with the Massachusetts Operational Services Division. Currently, more than one-third of Fortune 500 companies recognize this certification and seek these LGBT-owned businesses nationwide. Also included in the order is a commitment to raise contracting goals for other minority business groups throughout Massachusetts.

“This is a huge win for LGBT-owned businesses that deserve equal opportunities to bid on contracts with the commonwealth. We are reminded to harness the momentum of this victory to keep fighting for equal dignity and respect for all LGBT citizens, as we advocate for similar intentional inclusion orders from coast to coast,” said Sam McClure, senior vice president at NGLCC and one of the architects of the initiative.

Before this executive order in Massachusetts, only the California Public Utilities Commission and several municipal governments — including Essex County, New Jersey, and Cleveland, Ohio — touted the intentional inclusion of certified LGBT business enterprises. This executive order is the only statewide initiative of its kind and is an easily replicable model for other states to follow.

“This historic precedent will offer other states — and the entire federal government — a replicable framework to promote the intentional inclusion of certified LGBT business enterprises into their procurement and contracting codes,” NGLCC co-founder and CEO Chance Mitchell said.  “As we saw with the over 200 percent increase in LGBTBE certifications following California’s AB-1678 mandate, we expect a major increase in applications for job-creating, economy-innovating LGBT businesses throughout the Commonwealth of Massachusetts.”

The NGLCC Supplier Diversity Initiative was inspired by the National Minority Supplier Development Council and the Women’s Business Enterprise National Council, the nation’s largest certifying bodies for minority- and women-owned businesses, respectively, and their mission to create opportunities for minority- and women-owned businesses to gain development and procurement opportunities with major corporations and government agencies. The Human Rights Campaign formally announced that demonstrated use of certified LGBT suppliers became a formally scored piece of the Corporate Equality Index as of 2012.

LGBT business owners wishing to begin the certification process to contract with the Commonwealth of Massachusetts can find information and an application at my.nglcc.org.