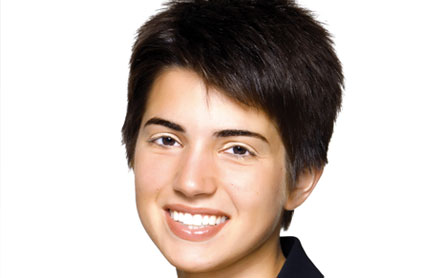 Companies have made solid strides in establishing equal protections for lesbian, gay, bisexual and transgender employees, according to “The Cost of the Closet and the Rewards of Inclusion,” a study conducted by the Human Rights Foundation,the educational arm of the nation’s largest civil rights organizations. In fact, more companies than ever before have implemented inclusive workplace nondiscrimination policies. The study found that, among Fortune 500 companies, 91 percent — a historic high — provide explicit protections on the basis of sexual orientation and 61 percent on the basis of gender identity,while a record 67 percent offer samesex partner benefits. The study also revealed that a majority of LGBT workers nationwide — 53 percent — are closeted on the job. Released in May, the study found that, despite significant strides among the Fortune 500 and other major businesses implementing inclusive employment policies and practices, consistent legal protections are not afforded to LGBT people stateto-state. There are no state laws prohibiting workplace discrimination on the basis of sexual orientation in 29 states and gender identity in 33 states. HRC is leading a campaign to pass the Employment Non-Discrimination Act for federal sexual orientation and gender identity workplace protections.

“While LGBT-inclusive corporate policies are becoming the norm, the fact is that LGBT workers still face a national patchwork of legal protections,leaving many to hide who they are for fear of discrimination in the workplace and in their communities,” said Deena Fidas, director of HRC’s Workplace Equality Program. “Even among those private sector employers with laudable,inclusive policies and practices,these are necessary — but not wholly sufficient — for creating a climate of inclusion. Employees are getting married without telling their coworkers for fear of losing social connections, or they’re not transitioning even though they know they need to for fear of losing
their jobs. The inclusive policies coming from the boardroom have not fully made it into the everyday culture
of the American workplace.”

“The Cost of the Closet” surveyed more than 800 LGBT workers across the country and included an added survey of non-LGBT workers. The report also found that:

• More than 80 percent of non-LGBT workers report that conversations about social lives, relationships and dating come up weekly and often daily, and 81 percent feel that LGBT people “should not have to hide who they are at work;” however, less than half would feel comfortable hearing an LGBT coworker talk about dating.
• One in four LGBT employees report hearing negative comments, such as “That’s so gay,” while at work.
• One-fifth of LGBT workers report looking for a job specifically because their current environment wasn’t accepting of LGBT identities, and close to one in ten or 9 percent successfully left a job for the same reasons — they were not comfortable.
• Twenty-six percent have stayed in a job because the environment was accepting.

“Employers must go beyond policies to a truly inclusive practice,” Fidas added.

“By implementing training aimed at improving the day-to-day climate for LGBT employees, workplaces can make significant improvements in the lived experience of their employees, whether in the corner office or on the factory floor.”Like the private sector, the federal government faces workplace climate challenges. A 2012 survey from the U.S. Office of Personnel Management, a federal agency, found that LGBT federal employee perceptions of the workplace were “generally less positive than other employees.” Another report from the U.S. Merit Systems Protection Board stated that the sexual orientation policy on workplace discrimination for federal employees has not been consistently interpreted — even though it has been the government’s policy for almost 25 years.

“These reports demonstrate the urgency for a strong federal law to protect all American workers from iscrimination,”said David Stacy, HRC’s director of government affairs. “The House of Representatives should follow the bipartisan lead of the Senate and pass the Employment Non-Discrimination Act this year. It is long overdue.”