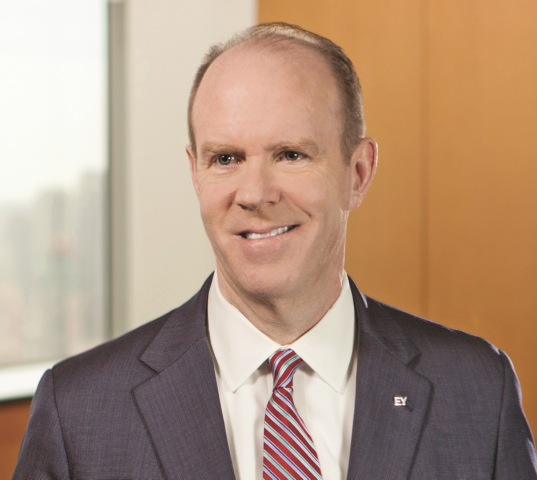 Stephen R. Howe Jr., a stalwart supporter of diversity, is retiring at the end of 2018. He has served as EY’s U.S. chairman and Americas managing partner since 2006.

In the Americas, EY member firms operate in 30 countries. Howe leads the U.S. and Americas executive committees and represents EY in regulatory relationships, serves on the company’s global executive board and is actively involved in the development and support of EY’s corporate responsibility initiatives. Howe, who has been with EY for 35 years, also serves as executive sponsor for the firm’s focus on diversity and inclusiveness and has led efforts to increase the number of women in leadership positions by building a supportive environment.

Prior to his current role, Howe served as managing partner of the financial services office and led EY’s client service teams for a number of global financial institutions.

An outspoken advocate for gender and cultural parity in the workplace and marketplace, Howe was the 2017 Chief Executive inductee into the Women’s Business Enterprise Hall of Fame. He is the 2016 recipient of the A. Leon Higginbotham Corporate Leadership Award, which honors exemplary leadership in promoting diversity and inclusion in the workplace, and has been recognized as one of the top 100 CEO Leaders in STEM by STEMconnector. He also received the John D. Kemp Leadership Award by USBLN – a national non-profit organization that helps businesses improve performance by leveraging disability inclusion in the workplace, supply chain and marketplace – for his leading role in disability inclusion practices.

Kelly Grier, currently the regional managing partner for EY’s U.S. central region, has been appointed as Howe’s successor and will begin her new duties in July.