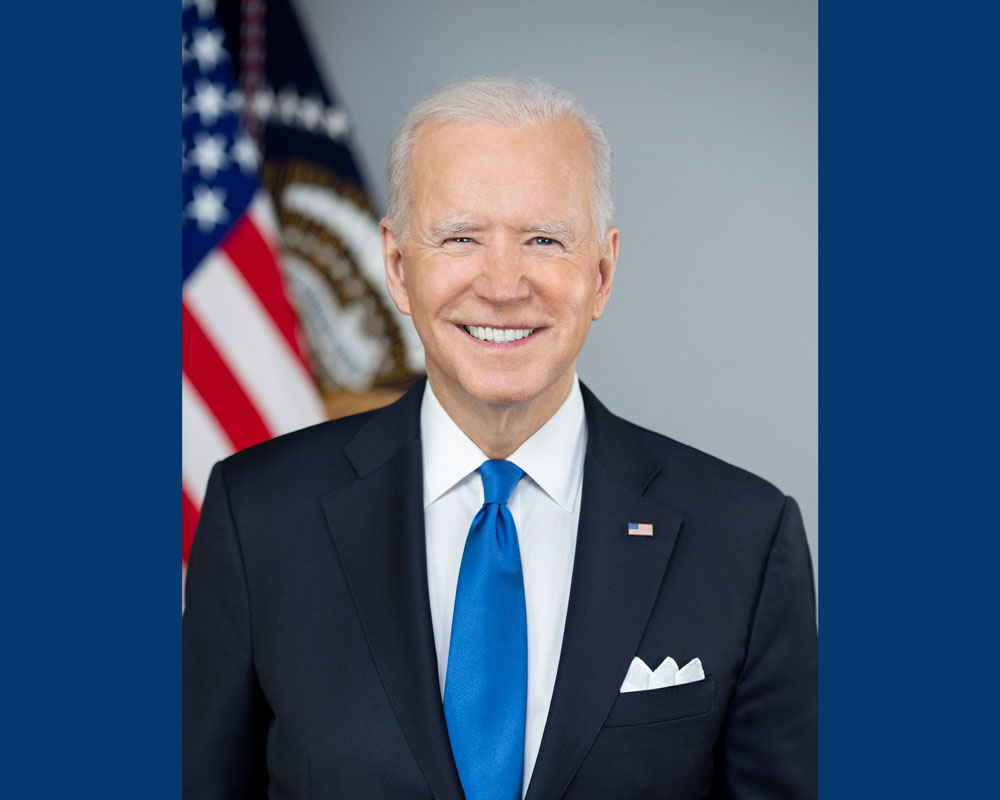 President Biden issued a proclamation affirming June 2021 as Lesbian, Gay, Bisexual, Transgender, and Queer (LGBTQ+) Pride Month, marking a time a time of hope, progress, and promise for LGBTQ+ Americans across the country. After four years of relentless attacks on LGBTQ+ rights, the Biden-Harris Administration has taken historic actions to accelerate the march toward full LGBTQ+ equality. From protecting the civil rights of every LGBTQ+ American, enabling all qualified Americans – including transgender Americans – to serve their country in uniform, ensuring that LGBTQ+ Americans are leaders at every level of the federal government, to protecting and defending the human rights of LGBTQ+ persons around the world, the Biden-Harris Administration is a consistent and reliable partner in the fight for equality at home and abroad.

The Department of Health and Human Services (HHS) announced it will interpret and enforce Section 1557 of the Affordable Care Act and Title IX to prevent discrimination on the basis of sexual orientation and gender identity.
To address the pervasive discrimination LGBTQ+ families continue to face in housing, the Department of Housing and Urban Development announced it will interpret the Fair Housing Act to prevent discrimination in housing and rental assistance against LGBTQ+ people. HUD will require state and local jurisdictions who receive funding through its Fair Housing Assistance Program to apply the same protections.

To ensure that LGBTQ+ Veterans are treated with dignity and respect, the Department of Veterans Affairs (VA) has undertaken an agency-wide review of its policies and practices to remove barriers that transgender veterans and their families face.

It is DOJ’s position that the Constitution requires prisons to provide reasonable protection to all prisoners, including transgender prisoners, from serious harm, including sexual abuse.

Launching a Whole-Of-Government Initiative to Advance Equity and Justice for Underserved Communities, Including LGBTQ+ Communities. On his first day in office, President Biden signed a historic Executive Order establishing a cross-government initiative to advance equity and justice for communities who have been left behind, underserved, or discriminated against by federal policies, laws, and programs, including LGBTQ+ communities. The President directed all agencies to take steps to advance equity by taking comprehensive action to root out bias from federal programs and policies, engage with underserved communities, and ensure that federal resources equitably reach all Americans, including LGBTQ+ Americans.

Advancing an Equitable Recovery from COVID-19 for LGBTQ+ Americans across the Country. President Biden knows that LGBTQ+ individuals and families have been disproportionately burdened by the COVID-19 health crisis and economic crisis. Even before COVID-19, LGBTQ+ Americans were more likely to be uninsured and unemployed, and were more likely to experience poverty, have a pre-existing condition, and experience food insecurity. These barriers have posed unique risks to the physical and financial health of LGBTQ+ people during this crisis. The President’s American Rescue Plan makes significant investments in an equitable recovery, and is helping LGBTQ+ families across the country recover from COVID-19 by:

Addressing food insecurity among LGBTQ+ communities by increasing the value of nutrition assistance by 15 percent.

Advancing health equity for LGBTQ+ Americans, who remain more likely to be uninsured, by improving access to and affordability of health coverage through the Marketplace, and expanding mental health resources.
Supporting LGBTQ+ Americans, who are more likely to experience unemployment and continue to face discrimination in the job market, by extending unemployment insurance benefits critical to helping many families, including LGBTQ+ families, stay afloat.

Signing and Leading Implementation of a Presidential Memorandum on Advancing the Human Rights of Lesbian, Gay, Bisexual, Transgender, Queer, and Intersex Persons Around the World. President Biden directed all agencies engaged abroad to ensure that United States diplomacy and foreign assistance promote and protect the human rights of LGBTQ+ persons. His Memorandum establishes that it “shall be the policy of the United States to pursue an end to violence and discrimination on the basis of sexual orientation, gender identity or expression, or sex characteristics, and to lead by the power of our example in the cause of advancing the human rights of LGBTQ+ persons around the world.” As previously highlighted by the White House, Departments and Agencies are already making progress in areas towards the goals outlined in the Presidential Memorandum, including: strengthen existing efforts to combat the criminalization by foreign governments of LGBTQ+ people and expand efforts to combat discrimination, homophobia, transphobia, and intolerance on the basis of LGBTQ+ status or conduct; protect vulnerable LGBTQ+ refugees and asylum seekers; help ensure the Federal Government has a swift and meaningful response to serious incidents that threaten the human rights of LGBTQ+ persons abroad; and build coalitions with like-minded nations to counter discrimination against LGBTQ+ people around the world.

Ensuring Transgender Americans Can Access Emergency Shelter That Dignifies and Respects Their Identity. The Department of Housing and Urban Development restored protections for transgender individuals seeking emergency shelter and homeless services. HUD reaffirmed its commitment that no person be denied access to housing or other critical services because of their gender identity.

Creating a Historically Diverse Cabinet and Administration. The Biden-Harris Administration includes barrier-breaking LGBTQ+ leaders, including Secretary of Transportation Pete Buttigieg, who is the first openly gay Cabinet Secretary confirmed by the U.S. Senate, and Assistant Secretary for Health Dr. Rachel Levine, who is the first openly transgender person ever confirmed by the U.S. Senate. President Biden has assembled the most diverse Administration in
our Nation’s history, and is proud to serve alongside the 14 percent of all appointees who identify as lesbian, gay, bisexual, transgender, and queer.

Issuing the First White House Proclamation for Transgender Day of Visibility. On March 31, 2021 President Biden became the first U.S. President to issue a proclamation commemorating Transgender Day of Visibility. The proclamation honored and celebrated the achievements and resiliency of transgender individuals and communities, and recognized the generations of struggle, activism, and courage that have brought our country closer to full equality for transgender and gender non-binary people in the United States and around the world.

Ensuring Pride Flags Fly on U.S. Embassies Around the World. The State Department announced it will allow U.S. diplomatic outposts to fly the Pride flag on the same flagpole as the U.S. flag at their embassy or consulate, demonstrating that the United States will lead on LGBTQI+ human rights around the world.