White men can jump into the diversity game 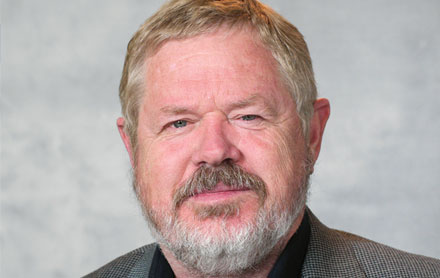 Bill Proudman’s airplane seatmates either engage him or ignore him when he tells them what he does.

“As you can imagine, when I’m on airplanes which I am a lot, it comes up with your seatmate, what do you do for a living. I have an interesting choice point. If I say something esoteric like, “I do leadership development with corporate executives,” that’s pretty benign and I’m left alone,” Proudman said. “But my experience over the last twenty years is when I lead with, “I’m the founding partner of the firm by the name, White Men As Full Diversity Partners,” about eighty percent of the time, that ends the conversation right there.”

As a Caucasian, straight white man, he fit every dominant normative culture and while he was aware intellectually of issues of inequity and injustice, he was largely immune from how those touched his life.

“And of course, like most people, I said, “I’m a good guy. I don’t have any issues with any of this stuff. So I would say an awakening experience that I had in 1987 led to about a ten year incubator time-frame where I was doing leadership development work and totally unaware of how issues of inclusion and diversity touched my personal world, my life.”

For over 35 years, he has served as a leadership development consultant, coach and facilitator to countless organizations on issues of team effectiveness, cultural competency, and diversity. He is the founder and first board chair of the Experiential Training and Development Alliance and was twice president of the Association for Experiential Education.

“The reason we call ourselves White Men As Full Diversity Partners is because we noticed that over about a thirteen-year period that when White guys, particularly in the corporate environment, took on the issue of diversity that many times – and these are straight White guys – they always looked at this issue as about everybody else but them,” Proudman said. While they were usually courageous White guys, they basically said, Okay what do we need to do to fix the women’s problem? What do we need to do to fix the LGBT problem or the race problem? They saw themselves the way I had done when I was basically asleep at the wheel. I said, I don’t think this is a sustainable glide path for leaders to create and sustain inclusive cultures that bring out the best in everybody in their organization if we see the issue as about some and not about others.”

So the firm was birthed on the notion that not just solely focusing on White men but what straight White men have worked to do in their leadership roles to be able to become allies to others in more than simply, “I’m here to help ‘your people’ with your issue,” Proudman said. “We need to see inclusion and diversity as everybody’s issue.”

The firm’s work is geared around how to reframe the mindset of leaders to think of inclusion as about everybody issue,” Proudman said. “For a lot of dominant culture straight White guys, if they see inclusion and diversity about everybody else other than themselves, while it’s a good motivation, it’s not a sustainable practice if you don’t understand, what’s in it for me, what’s the cost to me as a straight man to have a world where my work colleagues, my neighbors, are not equated basic human rights that I and my family take for granted, et cetera. What’s the impact? I certainly understand the impact on gay and lesbian folk, but what’s the impact for me as a heterosexual guy? So helping straight White guys to understand their personal self-interest for creating inclusive environments is necessary.”

Proudman is a sought after speaker and co-author of a three-volume field guide on white men leadership and diversity partnerships. You can read his blogs on MARC (Men Advocating Real Change), an initiative of Catalyst, the leading nonprofit organization expanding opportunities for women and business.