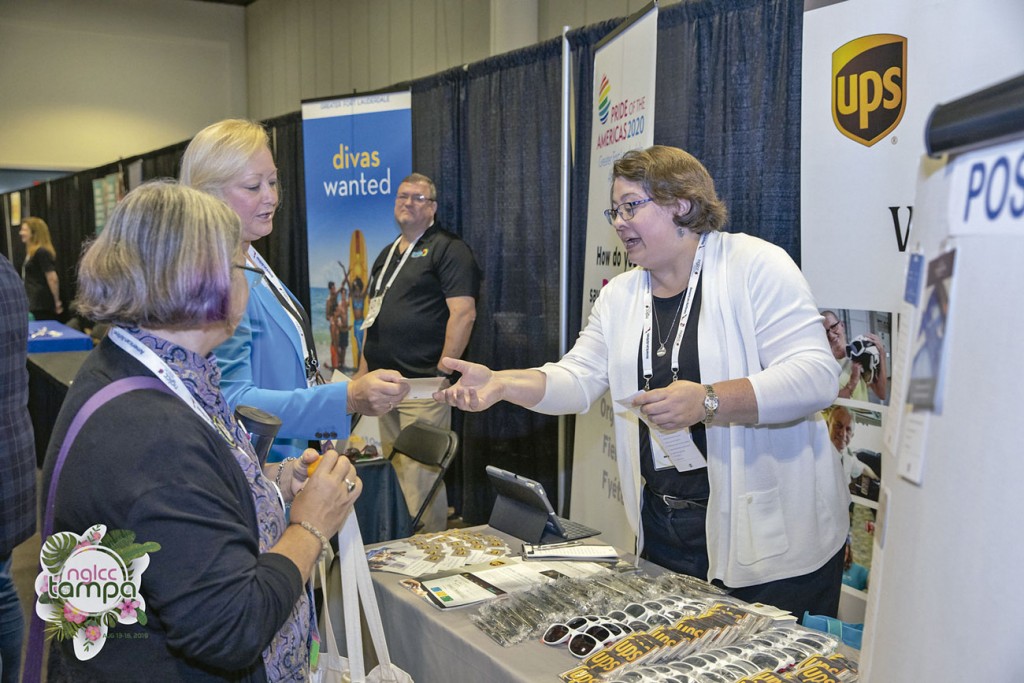 The 2019 NGLCC International Business & Leadership Conference recently took place in Tampa Bay, Florida. The 8th annual event has grown to be the largest LGBTQ business event in the world.

Clay Noe and Kathy Bjorke, who co-lead UPS’s LGBT & Allies Corporate Campus BRG, work together to create and facilitate top-tier programming to educate and empower LGBTQ individuals and LGBTQ allies in comprehensive diversity and inclusion practices, both in the workplace and in the broader community. Some examples of their programming includes sessions entitled, LGBT 101: Understanding the Alphabet; LGBT 201: Ally to Advocate; and LGBT 301: Intersectionality, which was presented in partnership with the UPS African-American BRG.

“We’ve impacted both the marketplace and our company’s culture in multiple ways,” said Noe, who, along with Bjorke, oversees the various educational programs and community outreach efforts spearheaded by the BRG. “In addition to creating company-wide inclusivity materials and being active in local Chambers of Commerce, we also have an LGBTQ mentorship program in place to provide support for business owners looking to grow with UPS.”
Founded in 2012, the LGBT & Allies BRG took its place among UPS’s many thriving initiatives and efforts to expand collective consciousness and elevate minority voices to a place of greater influence. Now, seven years later, it is extending its influence beyond UPS walls and into the national eye.

“Being a part of this group is a great honor,” said Bjorke, who recalls the days when the group primarily benefited internal UPS employees and leadership, or ‘UPSers’. Now, she says, the BRG has broadened its scope of impact to include acting as a corporate sponsor at large-scale LGBTQ events such as the Atlanta Pride Parade.

“Our BRG has sponsored more corporate Pride events this year than any other year,” said Bjorke. “From coordinating community events around the country to partnering with fellow BRG’s to fighting things like human trafficking, over the course of seven years, this group has evolved from something small into something significant.”
Eduardo Martinez, UPS Chief Diversity & Inclusion Officer and President of The UPS Foundation, says the values which have enabled the LBGT & Allies BRG to experience continued success and recognition have roots in the company’s earliest core values: inclusion and community focus. “Receiving this recognition [from the NGLCC] was extremely important, because it didn’t come about solely from our strategy or tactics, but because of the commitment by our employees. By energizing one another and demonstrating inclusivity throughout the community, our team truly has demonstrated that they are lifting one another and all those around them.”

As Noe and Bjorke remain focused on driving growth and awareness in the LGBTQ community, UPS’s LGBT & Allies BRG now proudly accounts for fourteen global chapters comprised of over 1,400 total members.
“As UPS founder Jim Casey often stated, ‘Determined people working together can do anything’,” said Noe. “We have done a lot of work, but there’s still work to do – and we’re more committed now than ever.”