When Trung Tieu began his career at PepsiCo Inc., he came from a background of communications and fundraising — not what one would 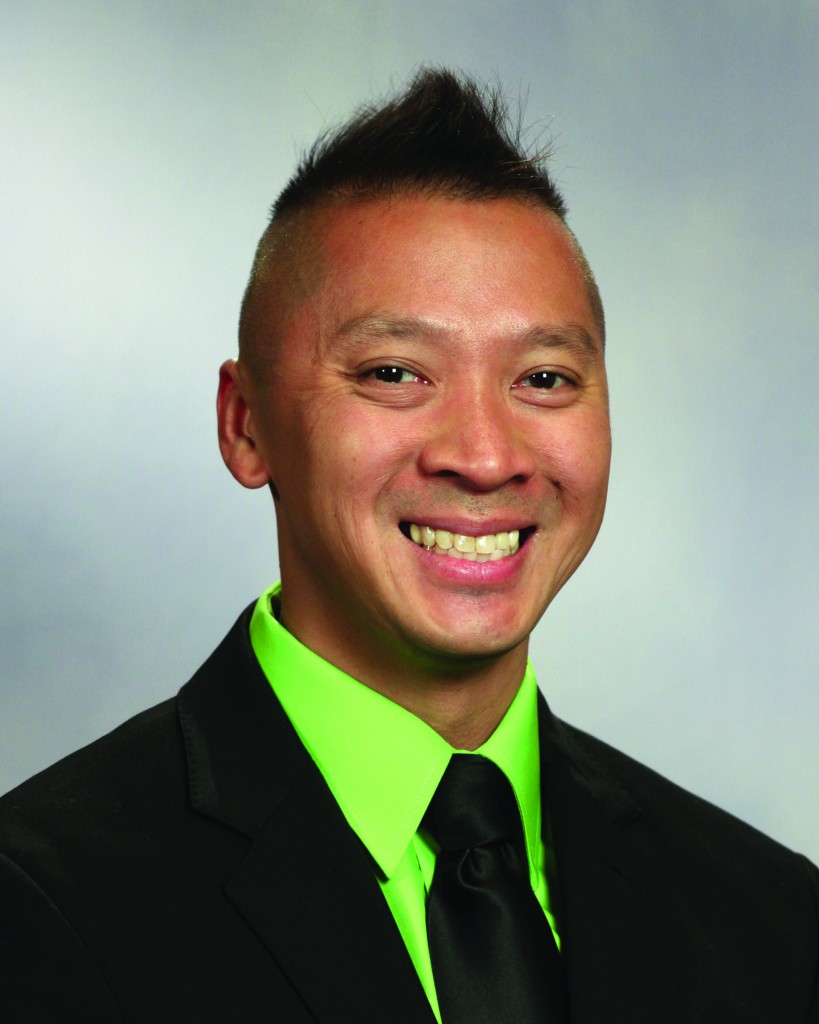 expect from an associate manager of supplier diversity. But, the skills he learned in those areas prepared him to support, advocate, connect and engage in a corporate environment.

Tieu graduated with bachelor’s and master’s degrees in communications from the University of Wisconsin–Milwaukee, then moved into a variety of fundraising and research positions in academia, as well as a brief stint with Arthur Andersen LLP before it closed.

In 2003, Tieu began working for PepsiCo’s Quaker cereal and snack food division where he tracked innovation and designed product development processes. On the surface, this assignment may seem like a far cry from where he started, but Tieu’s academic and professional backgrounds provided him with invaluable skills and experiences to benefit PepsiCo — asking the right questions, having flexible communication styles and using the power of “thank you.”

Tieu explained, “As you can imagine, the budgets for nonprofits aren’t usually very grand. I found myself being pretty inventive in order to get things done with limited resources. In order to stay focused and maintain some level of efficiency, I got good at asking the questions, ‘What are we trying to achieve here?’ and ‘Why are we doing it this way?’ I’d like to think that brought some refreshed critical thinking. In my current role at PepsiCo, I use those two questions to help get to the root of key processes and procedures.”

The world of fundraising provided Tieu with ample opportunities to put his communication degrees into practice.

“Really getting to know and understand the needs and desires of donors — as well as our own project managers — provided the foundation for any face-to-face meeting, phone call or letter,” he said. “Better yet, it taught me extremely valuable lessons in listening for intent and how to bridge gaps in understanding between parties and priorities.”

What he calls “the power of the appropriate thank you” is the most powerful tool Tieu brought from the world of nonprofits.

“I saw the most amazing things happen because of a thoughtful acknowledgment from the right person,” Tieu said. “Volunteers come forward and capital campaigns are completed well ahead of schedule. The corporate equivalent I love to cite is having an executive sponsor thank an employee resource group volunteer and send a separate thank you to that person’s manager for supporting the employee’s involvement in the ERG. We tend to get a surge in volunteers and support from those departments.” PepsiCo’s commitment to diversity and inclusion is evidenced in the strength of the ERGs, which help increase community connections and business innovation.

Tieu is a two-time recipient of PepsiCo’s Harvey C. Russell Inclusion Award, which he received in 2013 and 2008 for his leadership within the LGBT community. The Harvey C. Russell Inclusion Award recognizes outstanding accomplishments, above and beyond a person’s traditional responsibilities, that accelerate the company’s vision of creating a diverse and inclusive environment. Harvey C. Russell was the first black executive in corporate America. He is the namesake for this prestigious award because his leadership, perseverance and commitment to “raising the bar” are the foundation upon which PepsiCo’s diversity initiative is built. Tieu is currently co-chair of PepsiCo’s National LGBTA Steering Committee and works closely with EQUAL, the company’s employee resource group for members of the LGBT community to network and connect. Members, like Tieu, help make PepsiCo’s workplace more inclusive and engaging, allowing everyone to bring their whole selves to work.

According to Tieu, EQUAL also practices external outreach in many forms, including supporting pride events across the country such as GLAAD’s Spirit Day. The ERG was instrumental in making PepsiCo the national food and beverage sponsor for the day and partnered with GLAAD to amplify the anti-bullying message.

“I suspect that companies don’t get enough credit for this kind of community support, but PepsiCo truly values different perspectives in order to build engagement,” he said. “It’s easy to become jaded about what corporate presence at a pride parade or festival does for our community. Those of us who have been

involved for so long may forget why it matters. To someone struggling with coming out, we are making a lasting impression — and I’d like to think giving a sense of hope — by doing the right thing for our diverse communities.

“At the heart of PepsiCo is our dedication to Performance with Purpose — delivering great performance, while doing the right things for people and communities around the world,” Tieu said. “Our ERGs help us deliver on that promise.”

In his role as associate manager – supplier diversity at PepsiCo, Tieu leverages Performance with Purpose to create connections between the company and existing and potential suppliers, as well as advocacy partners like the National Gay & Lesbian Chamber of Commerce. He is co-chair of NGLCC’s Corporate Advisory Council. In this role, he vets potential suppliers, meeting with as many as he can to learn about their capabilities and how they might fit into PepsiCo’s supply base; then he provides introductions to the appropriate category managers.

“I am inspired every day by the passion and dedication of all of the suppliers I meet with,” Tieu said. “Nothing is as rewarding as building new relationships for our suppliers.”

He is also a proponent for supplier diversity within PepsiCo, actively promoting the company’s commitment to fostering a more diverse supply chain.

“I find myself being the internal advocate for the procurement team with various departments to help them better understand how we work,” he said. “I have reached out to our ERGs to help them see the value of our internal policies and how they can support the supplier diversity mission themselves.”