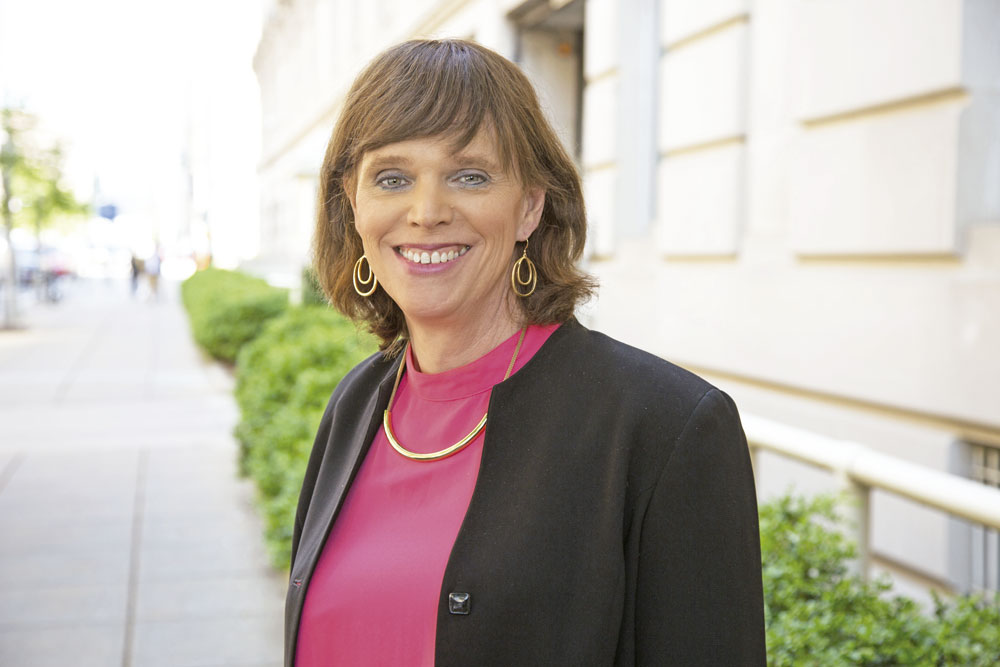 TAVA, or Transgender American Veterans Association, is actively carving out a place of recognition and recovery within the veteran community for the empowerment of trans veterans.

Founded by Angela Brightfeather and Monica Helms in early 2004, TAVA exists to assist and empower transgender veterans transitioning from active duty to life on the homefront by meeting medical, emotional and logistical needs which often go overlooked in veterans returning from tours of duty.

“We provide a sense of unity and a path to healing,” said Ann Murdoch, National President of TAVA. “There is a lot of bureaucracy surrounding transitioning. Important steps can seem complicated, hard to follow, and hard to understand. Finding accurate information is difficult and it’s a lot to keep up with. At TAVA, we stay on top of the latest information and provide our community with the most current policy, documentation and information.”

The importance of transgender representation
Murdoch, who originally enlisted in the Army as a journalist in 1988, enjoyed a prolific military career which included several tours of duty, various leadership positions and time spent consulting at the Pentagon. Following her storied career, Murdoch began eyeing retirement while looking for a place to invest and cultivate relationships with like-minded transgender individuals.

“I found out about TAVA five or six years ago, and became a member first,” Murdoch said. “With any group of people that have something in common, it’s nice to get together with those people and be mutually understood. When I’m with other transgender veterans, I feel a powerful sense of community — and I know our members feel it, too.”
TAVA offers members services ranging from aid in completing basic administrative tasks (legal name change, transgender health care education) to emotional and social support in the form of social groups, veteran retreats and community meeting places.

This representation and social visibility is what Murdoch says helps transgender veterans retain a sense of identity, dignity and self-worth in the midst of transitioning.

“So much of our identity as people is rooted in how other people see us, and what they reflect back to us,” Murdoch said. “Visibility is so important. I owe my life to the trans people who spoke up; it gave me hope for my story. The bonds that vulnerability creates both in the workplace and in public life are incredibly valuable, and should be encouraged.”

Celebrating the past, looking toward the future
After more than 15 years of education and community activism, TAVA continues to experience ongoing growth in memberships from retired military personnel searching for commonality and camaraderie — a momentum TAVA plans to nurture in the coming months.

“We’ve made huge strides in the last year,”Murdoch said. “We’ve seen growth in membership, visibility, and expansion of our advocacy to make sure the voices of our members and veterans are heard at the highest levels of the federal government. We will continue to expand programming, build a greater sense of community and step into pride of who we are.”

As TAVA continues to make leaps forward in terms of trans rights and social visibility, Murdoch encourages all active duty and retired trans service members to continue in the effort of bringing representation and equality to the forefront of our nation’s agenda through owning their lived experiences.

“Now, more than ever, I believe it’s important that LGBTQ veterans maintain their stake in patriotism,” Murdoch said. “So many people claim a corner on loving America, but not all have served in the military. No one can dismiss the service of veterans. No one can dismiss our seat at the table.”

This willingness to embrace both herself and others in their journeys of transition has created a powerful community connection to her fellow vets, and is why Murdoch believes many more stand to benefit from TAVA’s offerings, as well.

“I want people to know that I’m living a life that I never dreamed possible,” Murdoch said. “Tiny, mundane things that once seemed extraordinary and out of reach are now my everyday existence. I want others in this community to know they can overcome and achieve their dreams, too.”