The Inman Co. coordinates interior design, mixing in a pop of good will 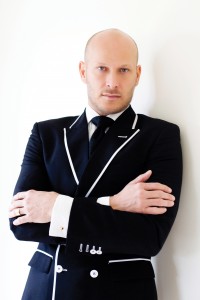 Shane Inman, president and senior principal designer of The Inman Co., subscribes to the motto that life is about being a part of something larger than one’s self. “What I do needs to make a difference,” he said. “Being a corporate member of the National Gay & Lesbian Chamber of Commerce is the perfect platform for my company’s recognition and support of the LGBT community to which I belong. I am honored to stand in unity among so many reputable businesses and entrepreneurs.”

The designer’s rags-to-riches story began in a small town in Middle America, where Inman was adopted into a family of eight — a family that was not welcoming to his coming out. He earned a bachelor’s degree in interior design from Michigan State University, where he later served as an adjunct professor for the School of Planning, Design & Construction. He started his career in Miami, Fla., with a Fortune 500 company specializing in upscale residential interior design, becoming a senior designer and, eventually, the company’s youngest director of design.
He launched The Inman Co. in 2005 and now has offices in New York City, Michigan and Chicago. “First, I learned
to believe in myself, and then I developed relentless networking skills to grow my business,” Inman said. “I believe the coup de grâce is my aroundthe-clock work ethic, combined with an unheard of level of customer service.

I did what no one else would do!” An interior designer certified by the State of New York, National Council for Interior Design Qualification, Inman is also a kitchen designer with certification from the National Kitchen & Bath Association. He holds the highest ranking professional memberships with the American Society of Interior Designers and International Interior Design Association.

Inman is a featured designer on HGTV.com — where his complete portfolio can be viewed. In addition, he is a current contributing author for Pottery Barn and a past contributing author for the Chicago Tribune at ChicagoNow.com and Houzz.com. His volunteer projects include event planning in Northern Michigan for film director Michael Moore, providing administrative support for social service agency Chicago House and serving as a goodwill ambassador for the U.S. Peace Corps in Africa. He currently prepares food for God’s Love We Deliver, a charitable organization providing food to people too sick to shop or cook for themselves in New York City.

“Nobly place your name next to projects you support without thought of personal gain, and in the end, the rewards that come back to you because of your dedication and ability to deliver what you promise will be better than capital,” Inman said. “With determination, a positive attitude, community involvement and gratitude, you can reach any goal.”