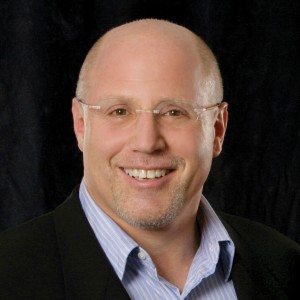 By Suzanne Squyres
It was optimism and concern that inspired a cadre of friends in New York City to organize a nonprofit networking group for lesbian, gay,bisexual and transgender entrepreneurs back in 2009. That year, the nation experienced the worst economic slump since the Great Depression — yet another setback for lesbian, gay, bisexual and transgender entrepreneurs already suffering from discrimination in some quarters.

As its name implies, StartOut specifically assists those business owners birthing startups. In its five-year history, the group has built a network of some 12,000 aspiring entrepreneurs, business owners and advocates. Their collaborations include helping LGBT startups in a variety of ways, from perfecting marketing pitches and meeting corporate buyers to fostering mentorships, developing growth strategies and accessing funding. The organization is spreading its supportive ways across the country.

This year, StartOut is moving its headquarters to San Francisco — home to its largest chapter. In addition to maintaining its founding chapter in New York City, the group also has chapters in Boston, Los Angeles, Seattle and Austin. Chapters will soon launch in Chicago and Denver.

StartOut has also hired a new CEO — social entrepreneur and serial gamechanger Gene Falk. His experience includes building mothers2mothers from a local program into a global not-forprofit organization focused on AIDS prevention/care and maternal and infant health. He also helped establish GLAAD, formerly known as Gay & Lesbian Alliance Against Defamation. The chance to lead StartOut into a period of growth was one Falk could not pass up. “The mission of this organization is critically important,” he said. “Not all LGBT individuals are out of the woods yet, even if we win every protection imaginable.

“While there have been substantial gains in our representation and visibility in politics, entertainment,journalism and now even sports, in too many places the corporate closet continues to flourish; there are virtually no role models in the senior ranksof the business community,” Falk continued. “Not a single Fortune 500 company is headed by an openly LGBT person, and few
of them have any openly LGBT board members.”

In addition to fostering LGBT representation in C-suites and corporate boards, Falk and his team are focused on ensuring that LGBT employees are on a level field in terms of wages and workplace policies.

The task of nurturing change isn’t just daunting; it’s expensive. For quite some time, StartOut had only one employee. “Last year, we had 60 programs that were run by a staff of one. A lot of the work was done by volunteers.” Falk said. “That was not sustainable. We have a tug of war between vision and capability and the funding to do it.” Earlier this year, Arcus Foundation, a global group that supports LGBT causes, awarded a $50,000 grant to StartOut. The grant will help StartOut support the next generation of LGBT businesses by initiating youth programs to help aspiring entrepreneurs start new companies. It will also help current entrepreneurs expand their businesses, while engaging successful entrepreneurs to support and mentor others — particularly LGBT youths. In addition to developing youth programs and other initiatives, StartOut created the Lesbian Entrepreneur Mentoring Program in 2012 to partner lesbian entrepreneurs with established entrepreneurs, investors and senior-level executives. “We found that women are looking for mentors more often than men,” Falk explained, adding that the platform will help StartOut build a broader program that offers formal and informal mentoring to all LGBT entrepreneurs.

The need for LGBT business startup assistance is obvious, according to Falk, who is confident that StartOut will continue to meet those needs as it grows. “People come to us and want to start chapters in their cities. We’ve even had interest from people in a couple of cities in Europe, so we must be doing something right,” he said. “But, there’s also a backlog of people who need help, so we have much to do.”