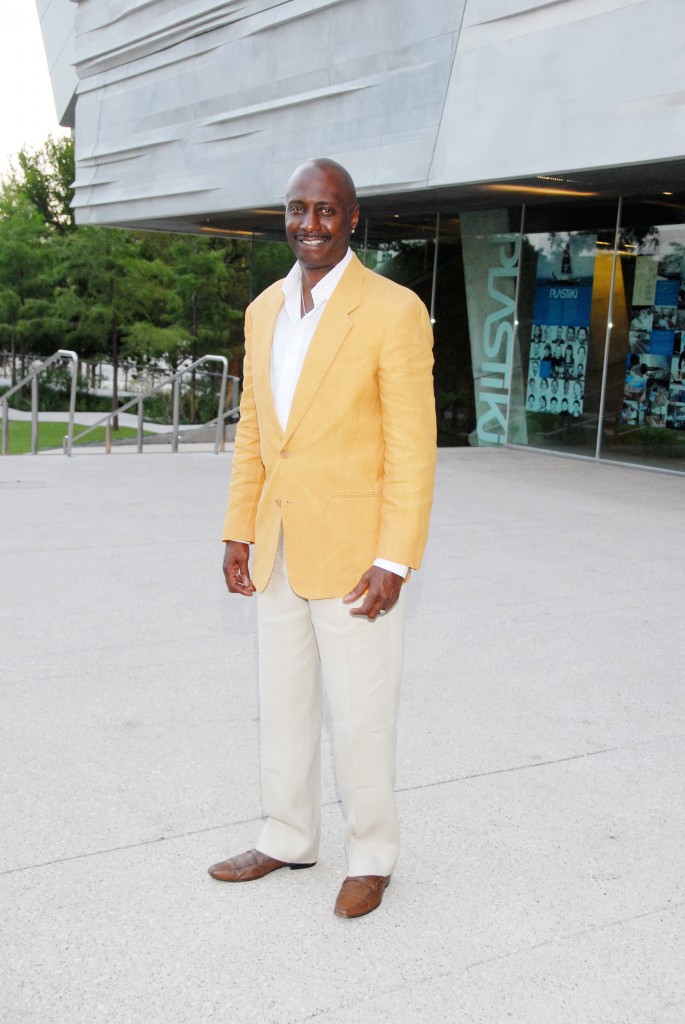 When President Obama charged the federal government with establishing a coordinated government-wide initiative to promote diversity and inclusion in the federal workforce in 2011, the U.S. Small Business Administration responded with action and practical application. Under the leadership of Eugene Cornelius Jr., deputy associate administrator for field operations, the SBA developed a comprehensive approach toward inclusion, specifically within the lesbian, gay, bisexual and transgender community.

“I wanted to work with the LGBT community first, because these people have been so marginalized by the government in the past,” Cornelius said. “I wanted them to be our first thought — not an afterthought.”

The work began internally, building an environment where SBA employees are empowered and feel secure about being their authentic selves in the workplace — especially those lesbian, gay, bisexual and transgender people working in the agency. This internal initiative has been a resounding success. Cornelius recalled a “True Colors” event that took place during Pride Month, during which several employees came out for the first time in the workplace.

“It was very moving,” he said. “They felt free to be who they really are. We spend so much of our time in the workplace; if you can’t be who you really are at work, then where can you?”
Many Faces. One Dream.

The SBA’s next step was to expand the President’s charge and develop initiatives that ensure all taxpayers have equal access to programs and services at the government agency. The “Many Faces. One Dream.” program grew from Cornelius’ desire to reach the traditionally underserved lesbian, gay, bisexual and transgender community of color where they live and work.

“As a firm believer in public/private partnerships, I knew I could not do this alone,” he said. “I specifically chose to team with the National Black Justice Coalition in order to align our outreach goals with the NBJC’s mission. Under the leadership of NBJC Executive Director [and CEO] Sharon J. Lettman-Hicks, the NBJC and SBA achieved great success.”

As a gay African-American, Cornelius wanted to engage the community of color in a meaningful way. So, he embarked on a cross-country tour, presenting the SBA’s full suite of services and products to potential entrepreneurs.

“True freedom is the right to own a business and employ others,” he said. “Economics is the center of any community, so we must make sure they know that these opportunities are available — that they can achieve economic parity.”

However, Cornelius also aired a warning. “Let’s not get it twisted,” he told crowds as the MFOD tour trekked across the United States. “This is about a hand up, not a handout. Don’t come to my district offices unless you are prepared and ready to roll up your sleeves and develop your dreams and wishes. Don’t spend more time getting ready for the party Friday night than you do on your business plan.”
LGBT Business Builder

The success of MFOD lead to a new initiative designed specifically for LGBT business owners looking to scale up and expand. In February 2015, the SBA and the National Gay & Lesbian Chamber of Commerce announced their new collaboration, LGBT Business Builder.

LGBT Business Builder brings together expertise and resources from staff at SBA district and regional offices, NGLCC’s 42 U.S.-based affiliate chambers and other resource partners. Daylong training sessions held around the country teach LGBT business owners how to leverage NGLCC’s LGBT-owned business certification and explore opportunities through the SBA’s suite of services around government contracting, exporting and other initiatives.

“When we started Business Builder earlier this year, the message was clear,” Cornelius said. “It’s about ensuring that entrepreneurs who are gay, lesbian, bisexual or transgender have the support they need to excel. We champion Governor Baker’s announcement in recognizing LGBT-owned businesses.”

Part of the LGBT Business Builder focuses on assisting businesses in obtaining their LGBT-owned business certification. This certification is a critical component of the community’s success, Cornelius said, because it translates into quantitative data.

“The more businesses we have certified, the greater number of advocates we can show Congress,” he said. “They respond to numbers, and through certification, we can show them a block of constituents.”

The most recent addition to the SBA’s ambitious outreach program is Connecting Communities, an initiative that connects SBA district offices with CenterLink LGBT community centers to reach lesbian, gay, bisexual and transgender individuals who may not be part of a chamber of commerce or other business organization. Connecting Communities completes the 360-degree view of the LGBT community, from those cultivating an idea of entrepreneurship to those scaling businesses and encompassing the community of color, as well as the entire LGBT community.

For Cornelius and his team, this program is the final piece of a plan to build up the community and provide a strong foundation for economic equality. As the country prepares for a change in leadership, the SBA is ensuring that any progress made continues to move forward for years to come.

“One of our primary goals for 2016 is to make connections between every LGBT community center and SBA office in the country,” Cornelius said. “The time is now. We must get things moving in a way that it’s almost impossible to reverse.”
For more information, visit www.sba.gov/lgbt