Brings Message of Hope for LGBTQ Community
By Jennifer Mills 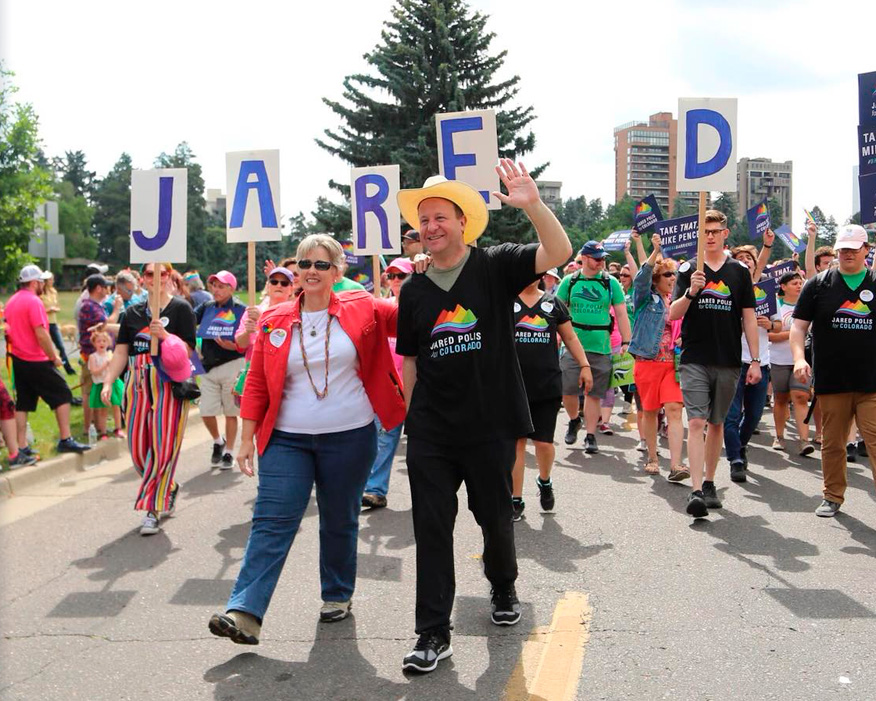 LGBTQ identity was celebrated during the November 2018 mid-term elections, ushering in a Rainbow Wave of gay, lesbian, bisexual, transgender and queer candidates ready to take office.

The headlines and commentary said it all in the days following the elections. Whether it was CNN’s Van Jones’ statement that his “heart has been restored by a rainbow wave” or the resounding cries in The Washington Post, New York Times and Advocate of the dam-breaking effect of LGBTQ candidates running and winning across the country, something was different and people had taken notice.

More than 600 LGBTQ candidates ran for office in 2018, and a record 432 appeared in the ballot boxes in November. Of those, 244 (56.5 percent) were victorious, according to data from the LGBTQ Victory Fund, which endorsed 152 of the winners and supports openly LGBTQ candidates running for office.

Is this a shift in cultural attitudes? Elliot Imse, Communications Director at the Victory Fund, thinks so.

“In 2018 we saw more LGBTQ people run for office than in any other time in U.S. history,” he says. “A lot of LGBTQ people who ran for office were motivated because of the Trump administration and its efforts to roll back equality for LGBTQ people. But just as many people stood up recognizing that they wanted to be part of change.”

According to Sarah McBride, National Press Secretary for the Human Rights Campaign, “Behind this Rainbow Wave was an alliance of LGBTQ people and allies who organized, mobilized, volunteered and voted. In response to the onslaught of attacks from the Trump-Pence administration, our community leveraged the power of the roughly 10 million LGBTQ voters to make a decisive difference in several critical races.”

2018 brought LGBTQ political exposure to historic proportions with LGBTQ candidates elected in a sweep of massive victories. Some of the big wins of the night were the first openly gay governor in history, Jared Polis in Colorado; the first Native American and lesbian to be elected to represent Kansas in the U.S. House, Sharice Davids; Kansas’ first out state legislators, Brandon Woodard and Susan Ruiz; Minnesota and New Hampshire’s first LGBTQ candidates elected to Congress, Angie Craig and Chris Pappas, respectively; and the first black gay state legislator elected in Pennsylvania, Malcolm Kenyatta. Trans representation in state legislatures tripled with Gerri Cannon and Lisa Bunker winning seats in the New Hampshire House of Representatives, and Brianna Titone being elected in Colorado. Even losses were a major step forward. While Christine Hallquist did not win her seat, she became the first openly trans person to be a major party nominee for governor in Vermont.

This national openness to listening to LGBTQ voices didn’t happen overnight, or even over a few years. What began in 1969 with the Stonewall uprising—which brought the fight for gay rights out of the shadows—evolved into the modern gay liberal rights movement. The 1970s saw a more radical view of politicians, though not everyone had this distrust of the system, including Harvey Milk, who was the first openly gay elected official in California as a member of the San Francisco Board of Supervisors.

These days, LGBTQ people have turned to the vote once again in search of equality. Two significant advancements jump-started the uptick of representation: Tammy Baldwin’s election as the first openly gay politician to the U.S. Senate in 2013 (she was re-elected in 2018) and Danica Roem’s 2017 election to the Virginia state legislature as a transgender woman and the first openly LGBTQ person to win and serve in a state house.

“When an openly trans person wins in a small city in Pennsylvania or a transwoman becomes the first state legislator to win elected office in Virginia it inspires people all across the country to run as well, and we really saw that play out in 2018,” Imse says.

He added that at least three openly trans people who won positions in a state legislature in 2018 drew their inspiration from Roem.

“What’s amazing about it is Danica ran a historic race, and her victory was noted around the world, which was incredible, but if you had actually listened to Danica talk to her constituents door to door it would have been something that you found incredibly boring,” Imse says. “She talked about local issues: fixing roads in her district, increasing access to education for young people. She wants to be a public servant for her community. She’s not running to become a historic figure.”

Like Roem, Megan Hunt, who ran as an openly bisexual woman for the Nebraska state legislature in 2018 and became the first LGBTQ member elected to the state body, says she focuses on issues above all else. While she has never hidden who she is, identity was not the focus of Hunt’s campaign and she wants LGBTQ representation to become normalized in society.

“To me, the entire campaign, and now my election and service to my state is just about issues, what I believe in and what I can do for this state. It’s not about who I go home to at night or who I love, and I think that’s progress because that’s what I want for every LGBTQ person.”

One issue she is focused on right now is incentives to bring young people to Nebraska. A big part of making that happen is LGBTQ work place protections, which don’t exist in the state.

“You can be fired for being gay, and it’s really wrong to me that I could be working in the capitol and have a picture of a woman on my desk as my spouse or my partner, but other people who I serve or who are my constituents, they don’t have the same right.”

A bill, which would have added sexual orientation and gender to Nebraska’s list of protected classes from workplace discrimination and had come to state legislators several times already, did not pass when it was up for a vote in early March. While disheartening, Hunt says she’s not deterred.

“I’m there in the room to make sure we don’t forget LGBTQ people when we’re talking about that. If we want to incentivize people to live here are we including everybody in that conversation? And I say, in Nebraska, no we aren’t.”

While there are 681 total LGBTQ members currently in office, that is still only 0.1% of elected officials within the U.S. With 4.5% of the U.S. population being LGBTQ, Victory Funds data shows 22,272 more LGBTQ candidates are needed for equal representation. And though America at large may have become more accepting of LGBTQ people and candidates, not all states are created equal. For instance, four states—Alaska, Louisiana, Mississippi and Tennessee—have yet to elect an openly LGBT state legislator.

Still, the current focus for LGBTQ representation is at the state and local level. Recently, a Victory Fund candidate, Lori Lightfoot, came in first place in the general election for Chicago mayor. That race is heading to a run-off on April 2, and if she wins she would be the highest-ranking LGBTQ mayor in U.S. history. Jane Castor, former police chief for Tampa Bay, Florida, ran for mayor in her city in March, but without reaching the 50-percent threshold as the frontrunner to avoid a run-off, the city’s next mayor will be determined on April 23. Lesbian mayoral candidates are also running in Madison, Wisconsin; Salt Lake City and Kansas City. “2019 really could be the year of the lesbian mayor if we’re able to pull off victories for all of these women,” Imse says.

While attention is on state and local representation, the LGBTQ community has something to look forward to watching in 2020, Imse adds, and that is the first openly LGBTQ candidate running for President—Mayor Pete Buttigieg of South Bend, Indiana. In a socially conservative city, he has not only won two elections, but for the second he received approximately 80 percent of the vote as a gay mayor.

The possibility of an LGBTQ person in the White House may be on the horizon, but powerful voices are already being heard in offices small and large all over the country.

“One of the most rewarding things for me is getting an email from somebody who says ‘I didn’t know anybody was fighting for me,’ ” Hunt says. “When I got elected, it really stopped being about me. It’s about them. It’s about the people I represent, not just in my district because there are folks all across our state who need to hear a voice like mine. The microphone in the legislature used to be so scary to me. I was so afraid of what I would sound like or what I would say, but the more I hear my colleagues talk, the surer I am that I belong on that mic. It’s very encouraging to hear that from Nebraskans as well.” 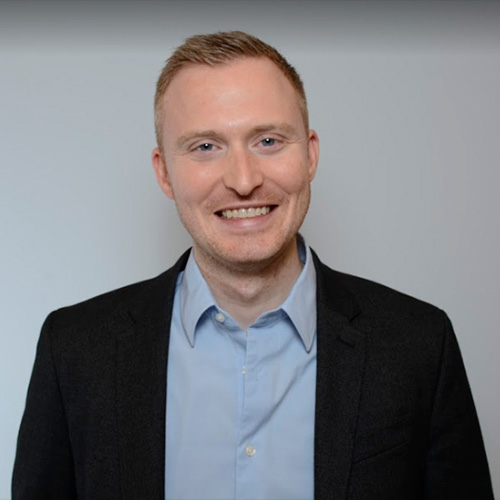 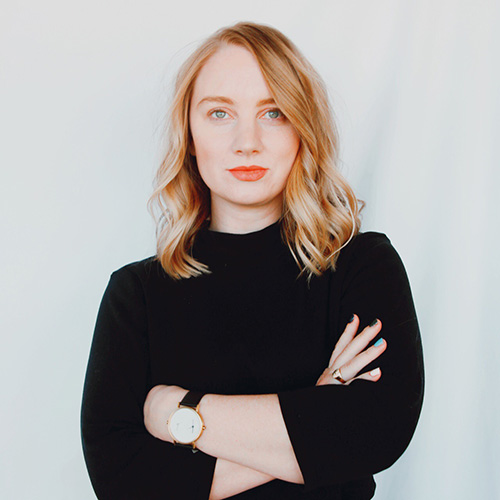