Q & A Commissioner of the California Department of Insurance touts diversity

When Dave Jones was elected as Commissioner of the California Department of Insurance in 2011, he brought with him a history of advocacy 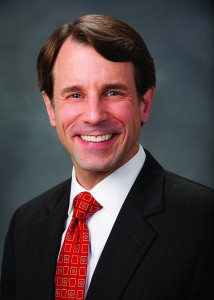 and a commitment to equality. He began his career as a legal aid attorney with Legal Services of Northern California from 1988 to 1995, providing free legal assistance to low-income, disadvantaged and underprivileged individuals and families. In 1995, Jones was one of only 13 Americans awarded a White House Fellowship. He served in the Clinton administration for three years as Special Assistant and Counsel to U.S. Attorney General Janet Reno.

Affinity Inc Magazine publisher Robin Dillard sat down with Jones at the recent National Gay & Lesbian Chamber of Commerce annual conference to discuss how his office is putting California at the forefront of promoting diversity in both procurement and leadership within the insurance industry.

AIM: California is the largest domestic insurance market in this country; how are you encouraging procurement from diverse businesses within the insurance industry?

AIM: Recently the California Public Utilities Commission began requiring public utilities to recognize LGBT businesses in the same way they recognize minority, women’s and disabled veterans’ businesses. With all of this buzz around LGBTBEs, what does the future look like?

Jones: Our initiative is already producing results, but some of the results are not as good as they need to be. Let me just share with you and your readers a few facts. First of all, our most recent survey found that there is only $930 million being spent by insurance companies in California on diverse suppliers. So, they collect $257 billion per year, but they are only spending $930 million per year, which shows that there is a lot of room for improvement.

With regard to LGBTBEs, the numbers are really disappointing. Only about 0.2 percent of the overall $930 million is going to LGBTBEs, so there is tremendous room for improvement.

On the leadership diversity side, the numbers aren’t great there either. There were about 1,500 members of boards of directors of the top 200 insurance companies that we surveyed, but only a handful self-identified as lesbian, gay, bisexual or transgender.

In both those areas, we need to see more progress on the part of the companies, and we are encouraging them to be more progressive by publishing these results. The surveys are mandatory; the companies have to answer them. We publish the results on our website for everyone to see — www.insurance.ca.gov, just search for “diversity.”

AIM: By having this standard of diversity on the boards of these national — and in some cases global — insurance providers, you are impacting the whole country.

Jones: That’s right — now, by making diversity transparent and surveying and making sure the results are public, we are allowing all sorts of constituencies then to ask their insurers: “What are you doing in this area? Why aren’t your results as good as another company? Where is there room for improvement?”

AIM: I want to better understand how you influence your peers across the country. Do you communicate with them? Are there groups that you sit on? What are they saying about this trend being set in California?