The face of corporate America has diversified, and one of the most visible signs of that progress is Pacific Gas & Electric (PG&E) and its successful PrideNetwork Employee Resource Group.

The San Francisco-based energy firm is leading the way to support and provide protections for its LGBT (lesbian, gay, bisexual, and transgender) employees, and in the process setting an example for corporations nationwide. 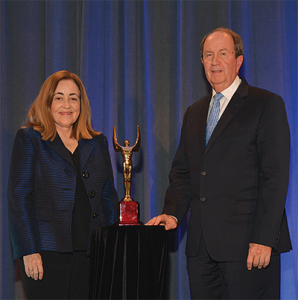 On behalf of PG&E, Joan Kerr accepts the 2016 WBE Hall of Fame Award from Bill Alcorn.

“Leaders have the responsibility and opportunity to advance core values of the corporation in the many spheres in which we operate. I’m very proud to work for a company that has always been a leader in diversity and inclusion. PG&E is committed to honoring and benefitting from all of the talents and resources of our diverse community,” said Joan N. Kerr, PG&E director of supply chain responsibility. “The LGBT community is a vibrant part of PG&E, whether customers, employees, suppliers or community leaders. We want to support the continued vitality of this important community.”

According to Elizabeth Turnbull, vice president of strategy for the PrideNetwork at PG&E, the United States business community, with PG&E out front, has been open-minded about LGBT.

“From my perspective, in a lot of ways corporate America is leading the way,” she said. “We’re seeing action in the policy realm with corporations stepping up with policies that are supportive of the LGBT community. We also see a lot of protections that are written into corporate policies – non-discrimination policies that provide broader coverage than state and federal law.” 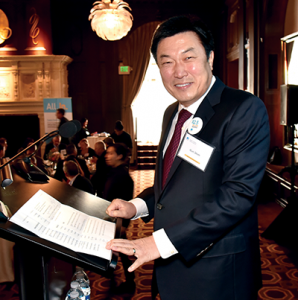 “Most Fortune 500 companies have policies and procedures inclusive for LGBT employees, or they’re getting pressure from their peers to put their protections in place,” said PrideNetwork President Jeremy Laurin. “From a diversity perspective, the LGBT community brings a different viewpoint and different background that’s really valuable to the success of a business.”

PG&E’s PrideNetwork holds empowering events for employees, such as professional development meetings and social gatherings, and the PrideNetwork leadership routinely engages with the company’s diversity and inclusion team to stay on top of current needs, Laurin said.

Much progress has been made nationwide in the fight for equal rights for the LGBT community, and PG&E has been a big proponent every step of the way. In 2008, PG&E was the first major company in California to publicly stand against Prop 8, which was designed to eliminate the rights of same-sex couples to marry.

And PG&E, which has spent more than $2 billion annually with diverse suppliers for the last three years, was the first utility to seek LGBT businesses for their supply chain in 2012. The utility has encouraged inclusion of these enterprises throughout its business operations. 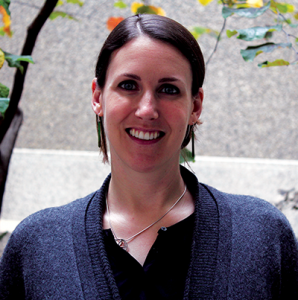 Elizabeth Turnball, Vice President of Strategy for the PrideNetwork at PG&E

In 2015, PG&E worked with the U.S. Small Business Administration and the National Gay and Lesbian Chamber of Commerce to play hosts to the first LGBT Business Builder, a session designed to remove barriers and increase access to strategic growth opportunities.

In the wake of the Supreme Court’s landmark decision in 2015 that guaranteed the fundamental right to marry for same-sex couples, other entities have stepped up to support LGBT rights as well.

This past summer, the NBA announced it would move the 2017 All-Star Game from Charlotte, N.C., because of the league’s objection to the state’s House Bill 2, which limits anti-discrimination protections for lesbian, gay, bisexual and transgender people in the state.

In response to the law, the N.C.A.A. announced in September it would relocate all championship tournament games scheduled to take place in the state over the coming academic year. Among the events affected is the Division I men’s basketball tournament that had six games scheduled to be played in Greensboro in March 2017.

At PG&E, inclusiveness is a companywide imperative, said Tony Khing, the company’s communications principal for diversity and inclusion and supply chain responsibility.

“Our service area is arguably one of the most diverse in the nation for an energy company,” Khing said. “For us, supporting inclusion allows us to take advantage of our entire workforce’s capabilities to develop the best solutions for our customers. It’s also the right thing to do.”

The inclusive approach has paid off for PG&E, which provides natural gas and electricity to most of the northern two-thirds of California, from Bakersfield to almost to the Oregon border.

PG&E recently was named as one of the best places to work in the U.S. by the Human Rights Campaign (HRC), the largest national civil rights organization working to achieve workplace equality for LGBT Americans. For the 14th straight year in 2017, the company received a perfect 100 percent rating on the HRC’s annual Corporate Equality Index (CEI) for their consistently strong commitment to embrace diversity and inclusion. 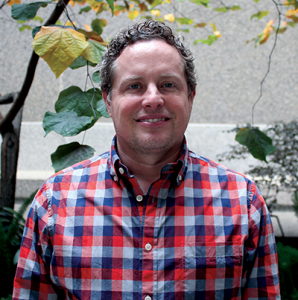 “With our open door policy, we are sure to gain the best ideas, innovative practices and the incredible value of diverse perspectives,” Kerr said. “We want to listen to all the members of our community and work together to provide the very best gas and electric services to our customers and to support community economic vitality wherever we operate.”

“Corporate America has been an accelerant to move the LGBT equality movement faster than anyone would ever believe possible,” said Jonathan Lovitz, senior vice president of the National Gay & Lesbian Chamber of Commerce.

“The business community has been at the forefront of issues ranging from marriage equality to workplace protections to transgender benefits, to what is more important to the chamber – the certification of LGBT businesses,” he said.