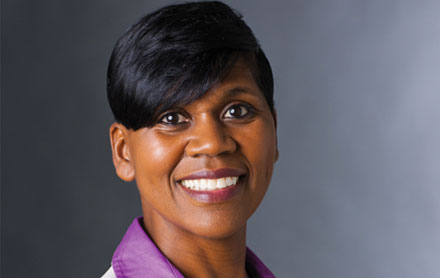 In the past few decades, diversity has emerged as a critical factor in the ability of businesses to succeed in an increasingly global marketplace. Leaders understand that in order to innovate, attract clients and partners and retain and cultivate the best talent, organizations must foster diverse, inclusive work environments. But, when the efforts of committed leaders plateau, how can an organization attain the breakthroughs it desires?

RBC Wealth Management has achieved a great deal in its commitment to inclusion. The company was recognized as one of the nation’s Top 25 Employee Resource Groups and Diversity Councils in 2013 and 2014 by the Association of ERGs and Councils, a practice group of PRISM International Inc. It received a 100 percent rating on the annual Human Rights Campaign Corporate Equality Index as one of the Best Places to Work for LGBT Equality four years in a row and was selected a 2010 Catalyst Award winner for efforts to embed diversity in its culture and business practices. In 2010, John Taft, CEO of RBC Wealth Management − U.S., was named Outstanding Corporate Leader of the Year by the National Gay & Lesbian Chamber of Commerce. In 2013, Wanda Brackins, head of global diversity at RBC Wealth Management, was also recognized for this honor.

Despite significant progress internally and externally, RBC recognized that its efforts in diversity and inclusion had plateaued.

“When you get to the point that you’re not achieving the levels that you set for yourself, you have to step back and ask, why not?” Brackins said.

Continually seeking ways to embrace diversity, RBC collaborated with Ernst & Young LLP and Dr. Mahzarin Banaji, Harvard University professor of social ethics and co-author of “Blindspot: Hidden Biases of Good People,” to uncover what might be causing even leaders with the best intentions to unwittingly stifle diversity. The answer: unconscious bias.

“We’d like to believe we are open-minded, fair and without bias, but research shows otherwise,” Banaji writes in a white paper released by RBC and EY. “This is an important — even if uncomfortable — realization for most of us.”

According to Banaji’s research, the human brain is hard-wired to make quick decisions that draw on a variety of assumptions and experiences without us even knowing it is doing so, meaning that our unconscious predispositions can influence decision making.

Unconscious bias in the workplace can impact a number of areas, such as:

It is important to note “that these implicit biases are not deliberately or consciously created,” the report stated, but rather “they are products of our brain’s self-generated definition of normal, acceptable or positive, and they are shaped by many factors — from past experiences to our local or cultural environment to the influence of social community and media.”

Fortunately, overcoming these hidden biases is possible. RBC is holding workshops about unconscious bias for its leaders and employees, developing online tools to provide a refresher of the concepts discussed in those sessions and providing tip sheets that encourage deeper thinking about everyday decisions that could be influenced by unconscious bias.

“We’re embedding the unconscious bias concept into our existing employee programs,” Brackins said. “We’re trying to make it a part of what we’re doing every day, so that people are not just going to a session and checking a box. But, they are seeing it in some of our programs; they are seeing it in the messaging coming from our leaders and incorporating the inclusive leadership practices into their daily interactions.”

The buy-in from RBC leadership is a crucial factor in the success of the program, Brackins said. Senior executives went through the sessions first, when the program rolled out last year, acknowledging their commitment to identifying and overcoming their own biases.

“If you have the leaders setting the tone and walking the walk, that’s really important,” she said. “They are leading by example and demonstrating the organization’s commitment to inclusion.”

Leadership at RBC is confident that Dr. Banaji’s research and the tools developed to identify and manage unconscious biases will aid in building more effective teams with multiple viewpoints and perspectives, ultimately improving connections with clients and delivering bottom-line results.

The full white paper is available at: www.rbc.com/diversity/docs/overcoming-hidden-biases.pdf.