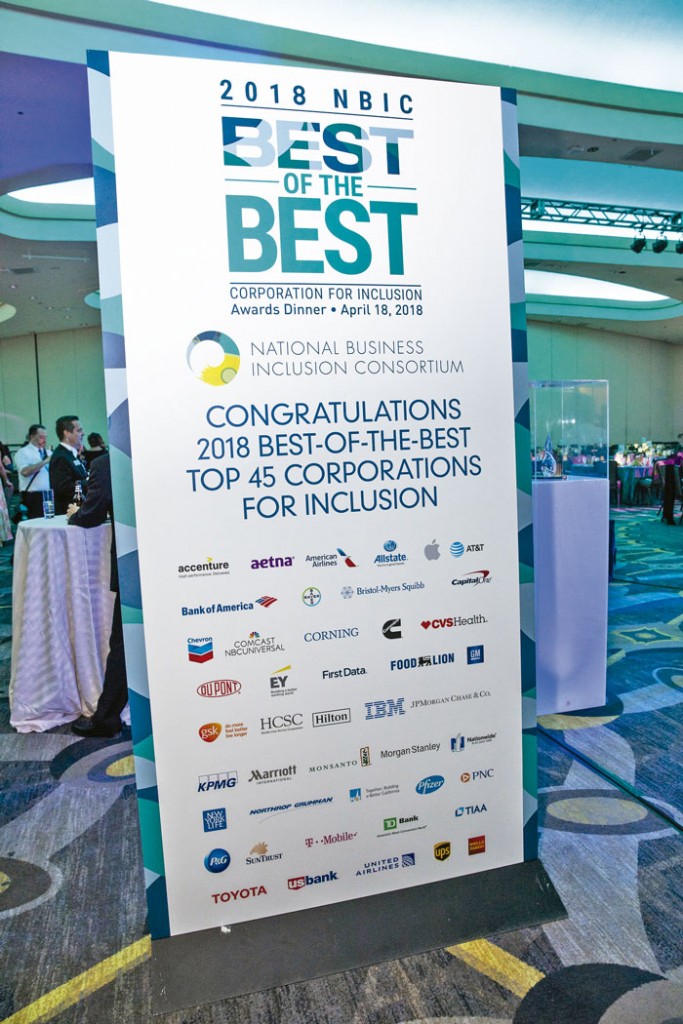 In April 2018, The National LGBT Chamber of Commerce (NGLCC), the business voice of the LGBT community, in collaboration with its partners in the National Business Inclusion Consortium (NBIC), named the third annual Best-of-the-Best list of corporations in America committed to diversity and inclusion across all communities.

“The Best-of-the-Best designation honors corporations for their commitment to America’s diverse employees and business owners, which includes LGBT, people of color, women, and people with disabilities,” said NGLCC Co-Founder and President Justin Nelson. “This designation is highly competitive and is bestowed only to corporations that we see constantly striving to strengthen and celebrate diversity. These corporations being honored are true leaders in ongoing global commitments to create a better future for all diverse communities in business.”

“Demonstrating commitment to diversity is not only the right thing to do, it’s the smartest thing to do for businesses large and small,” says NGLCC Co-Founder and CEO Chance Mitchell. “The select group of Fortune 500 companies honored with a Best-of-the-Best designation are innovators and trailblazers for inclusion, and are constantly raising the bar forward for themselves, their peers, and their competitors. While we pause to honor some extraordinary leaders at the Best-of-the-Best gala, the great work of ensuring opportunity for all us is a year round commitment.  We look forward to working with all of these great companies for decades to come in shaping a more inclusive economy for all.”