The National Gay & Lesbian Chamber of Commerce (NGLCC), the business voice of the LGBTI community, is celebrating the culmination of its highly successful inaugural NGLCC Global LGBTI Business Week in Washington, D.C., November 14-18, 2016.

Hosted by NGLCC in partnership with leaders and organizations committed to expanding global LGBTI economic opportunity, this was the first summit of its kind to converge economic, public policy, and global human rights experts with the goal of shaping a more equitable world for LGBTI citizens. The findings of the week were presented along with awards for top achievement in LGBTI business at the NGLCC National Dinner in Washington, DC, on Friday, November 18, 2016.

“The creation of NGLCC Global LGBTI Business Week speaks to the heart of the mission of NGLCC Global: to build an inclusive global economy in which LGBTI entrepreneurs and their allied business partners are free to trade, develop, and succeed. Governments, multinational corporations, and small business each play a role in the critical connection between LGBTI human rights and economic development,” said NGLCC Co-Founder & President Justin Nelson.

“As nations move toward greater inclusion and opportunity, the result is a proven boost in a national economic output. This annual week of celebration and education will continue to keep our focus global as we build sustainable equity and economic strength for the LGBTI community. Together with our global partners we will ensure our community thrives on every continent.” 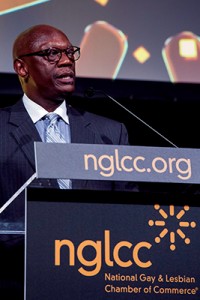 The NGLCC National Dinner Awards Gala highlighted the ever-growing contributions of the LGBTI community and its global allies to create jobs, grow economies, and dramatically improve perceptions about LGBTI citizens in the United States and around the world. 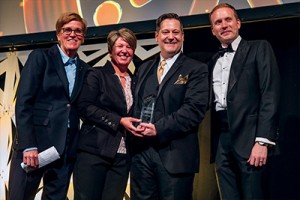 LGBT Supplier of the Year given to a corporation for their outstanding support and dedication to ensuring fairness and equal opportunity for LGBT suppliers, customers, and employees: Q&A Events

“NGLCC is more committed than ever to strengthening the LGBTI business community, and we are not alone in that essential mission, as our sold-out National Dinner proves year after year,” said NGLCC Co-Founder and CEO Chance Mitchell. “Over the last year, we have added two new federal agencies and over a dozen new corporate partners and they are just as committed to empowering the economic futures of the LGBTI community as we are. Through their supplier diversity programs at home and around the world, these new partners join nearly one-third of the Fortune 500, multiple state governments, and an ever-growing number of government agencies in giving LGBTI business owners an equitable seat at the table. “

More information on NGLCC and the LGBTI business community can be found at: www.nglcc.org.