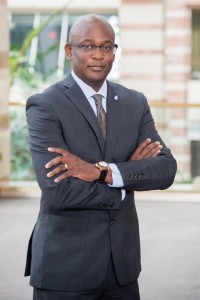 The diversity of our associates — and by extension our external suppliers — is an absolute strength,” said Andrew D. Walker, senior vice president, IT chief financial officer and chief procurement officer at Nationwide Mutual Insurance Co. “The more points we engage, the more we can accomplish together.”

This people-first philosophy guides him as he leads the company’s sourcing and procurement operations — including its supplier diversity organization — to award-winning heights.

Born in Jamaica, Walker moved to New York in 1984. He graduated from City University of New York with a degree in accounting in 1990 and took a position as head of accounting for trade shows for the National Marine Manufacturers Association in Chicago. In 1995, he became an accountant at Shore Bank in Chicago, working his way up the ranks until he was appointed senior vice president and director of operations in 2006. According to him, for more than a decade, he honed his leadership style, developing “a triple bottom-line approach, equally prioritizing profits and business’ impact on people and the community, along with the impact of a project on the environment.”

After nearly a dozen years at Shore Bank, Nationwide reached out to Walker with the opportunity to help launch Nationwide Bank as its vice president and chief operations officer. In ten months, he orchestrated building a direct bank and led the conversion of the existing Nationwide Federal Credit Union into the bank which grew to $3 billion in assets within three years. In 2010, he was appointed to his current role at Nationwide where he oversees as much as $10 billion in direct and indirect procured spending annually across global suppliers.

In the past two years, Walker has undertaken a significant restructuring of the procurement process, focusing on strategic sourcing, procurement & operations and supplier relationship management. This reorganization included bringing in new leaders for each focus area. He selected an internally talented and experienced audit leader, Pam Pesta, as vice president, strategic sourcing; promoted Antione Bennett to senior director – supply management services operations; and went external to attract Kimberly Proffitt as senior director, finance and supplier relationship management, who brings deep SRM expertise. In addition, he hired Frantz Tiffeau as director, supplier diversity and development, and Didi Anekwe as supplier diversity consultant, both of whom are committed to continuing the advancement of Nationwide’s initiatives.

“Bringing Frantz on board has been a huge win for the SRM area because of the depth of experience and breadth of relationships he brings that have created meaningful results for Nationwide,” Walker said. “It’s been a part of the grand scheme to get Nationwide’s sourcing, procurement and supplier relationship management program to a best-in-class place. We have structured a great team that is working together to continue to build an inclusive network of suppliers that will allow Nationwide to carry forward a tradition of excellence in the marketplace. Over the past year, we’ve been able to build upon the solid foundation that was laid and gain the kind of traction that I’ve often dreamed was possible.”

“As long as the topic of diversity and inclusion has been around, we can never take for granted the fact that it’s one of those things that when it’s encouraged from your most senior leaders, it becomes entrenched in the organization fairly easily,” Walker said. “We have the strong belief that when our leaders embrace and sponsor initiatives, the rest of the organization gets on board, and we see that repeatedly.”

In January 2014, Nationwide welcomed members of the National Gay & Lesbian Chamber of Commerce team, including co-founder Justin Nelson, to the company’s headquarters where they met with Nationwide’s executive leaders to discuss goals and strengthen their strategic partnership. This model for connecting supplier diversity-certifying organizations with the C-suite is a new best-in-class initiative, fostering mutual benefit and strategic thought leadership and, ultimately, further embedding diversity and inclusion into Nationwide’s core values. As a result of the meeting, Nationwide’s VPI® pet insurance had a robust presence at the 2014 NGLCC National Business and Leadership Conference where LGBT business entrepreneurs had an opportunity to review products and discount structures tailored to their needs, and the response was overwhelmingly positive. The relationship with NGLCC is such a success that similar opportunities have been extended to Women’s Business Enterprise National Council, National Minority Supplier Development Council and United States Hispanic Chamber of Commerce.

Nationwide continues to establish itself as a leader in the LGBTBE advocacy space. In addition to its relationship as a Corporate Partner with NGLCC, the company is one of seven National Platinum Partners of the Human Rights Campaign and has achieved 100 percent on HRC’s Corporate Equality Index every year since 2006. Nationwide maintains a PRIDE associate resource group registered with Out & Equal Workplace Advocates and is a member of the Business Coalition for Workplace Fairness. 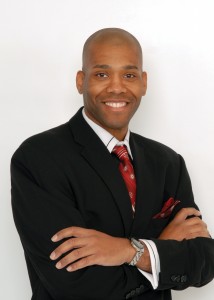 The company’s commitment to diversity across all constituencies has been recognized with numerous awards. It was named one of the 50 Best Companies for Latinas to Work For in the U.S. by LATINA Style Inc. and one of the Top 40 Best Companies for Diversity by Black Enterprise. In addition, the National Committee for Employer Support of the Guard and Reserve presented the company with the Patriotic Employer Award.

Nationwide’s supplier diversity organization operates with the belief that suppliers should represent the diversity of associates and the communities that Nationwide serves. A commitment to diversity means opportunities for MBEs to work with Nationwide have never been greater. Under Walker’s guidance, Nationwide has streamlined access to the procurement process and cultivated knowledgeable, empowered associates who are ready to assist diverse suppliers. However, suppliers must do their part to ensure optimum results.

“The purpose of supplier relationship management and, therefore, supplier diversity is to set up suppliers to be as successful as we set up our associates to be,” he said.

Beyond the supplier/procurement teams, Walker advises suppliers to invest time in understanding how Nationwide competes and what commodities it buys, where they fit into the supply chain and who the end users are within the business or within Tier 1 suppliers.

Differentiating yourself from competitors will gain procurement’s attention, Walker said, but even if a product or service is not unique, understanding  the company and being prepared to talk about how a supplier will complement the business “is always a winning approach.”

Walker continues to put the emphasis on people and relationships, practicing a policy of treating suppliers on whom the company is most dependent the same way Nationwide treats its associates — with a foundation of support and opportunities to succeed.

“Nationwide values people,” he said. “We see it internally in how we treat each other, and we hope that our partners and suppliers see it as well. We’re able to empower our associates and allow them to grow, share and engage across the company. When our associates grow, our business will grow. By collaborating with a diverse array of business partners, we can all accomplish more.”

Walker is happy at the company. “I love being at Nationwide,” he said. “I feel excited about doing the things that I do, and, in large part, it’s because of the people I work with. This is truly a company that is ‘on your side.’”