In 2016, the business sector made some important strides in the fight against discrimination against LGBT people around the world. Eighty-seven percent of Fortune 500 companies now have non-discrimination policies based on sexual orientation, and for the first time ever, the issue made it to the agenda of the World Economic Forum in Davos.

But still, even with the progress made, there are still policymakers and industry leaders all over the world  having to tackle the thorny questions pertinent to their particular regions including; How will the rise of illiberal populism in the west impact the outlook for LGBT rights? How are new generations changing the meaning of diversity and forcing companies to rethink their inclusion policies? What can advocates for LGBT inclusion learn from other groups that have been marginalised? What can we learn from case studies of businesses operating in parts of the world where cultures or laws are hostile toward LGBT people?

On March 23, 2017, those answers came to fruition in the The Economist Intelligence Unit (EIU) that unveiled groundbreaking research around the status of LGBT people in the business world. The report, entitled Pride and Prejudice: Agents of change, based on a global survey of over 1,000 professionals has been released in conjunction with The Economist Events’ second annual Pride & Prejudice Summit, a global 24-hour event held on the same day  in Hong Kong, London and New York.

Key speakers at the event included a variety of statesmen, including Chilean President Michelle Bachelet Jeria, business leaders such as Mike Pedersen, president and CEO of TD Bank, and public figures like actress and activist Amber Heard.

The Agents of change report, aligned to many of the topics being debated at today’s summit, was based on a global survey of over 1,000 professionals. Among its findings: 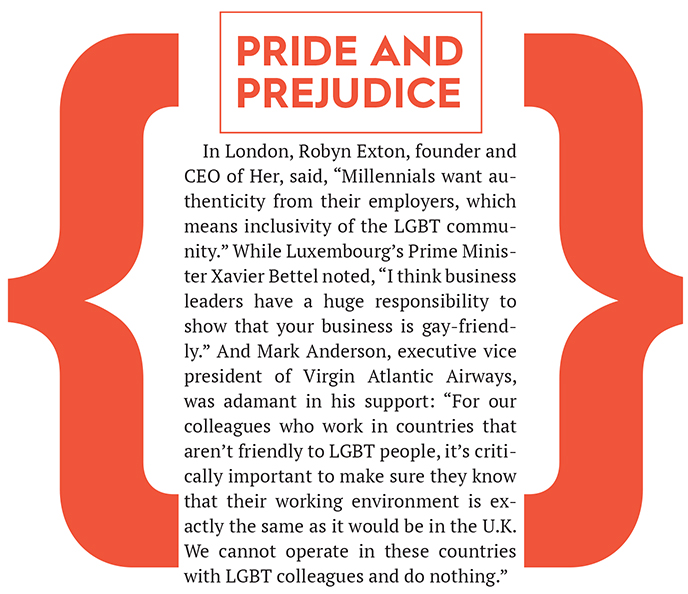 When asked to identify which employee cohort is most likely to guide company thinking on LGBT diversity and inclusion, respondents chose young employees and the C-suite as the top two groups, with 27 percent and 24 percent, respectively.

Yet only 16 percent chose the C-suite as the group most likely to support LGBT workplace diversity and inclusion, ranking this group a distant fourth place.

In addition to young employees, women are also crucial in raising the status of LGBT people in the workplace, as they show consistently higher support for LGBT causes than men. The report also found that:

The Economist Intelligence Unit’s analysis of the survey findings has led to the creation of a suggested framework for achieving positive change for LGBT employees through three workplace groups: C-suite leaders, young people and women. 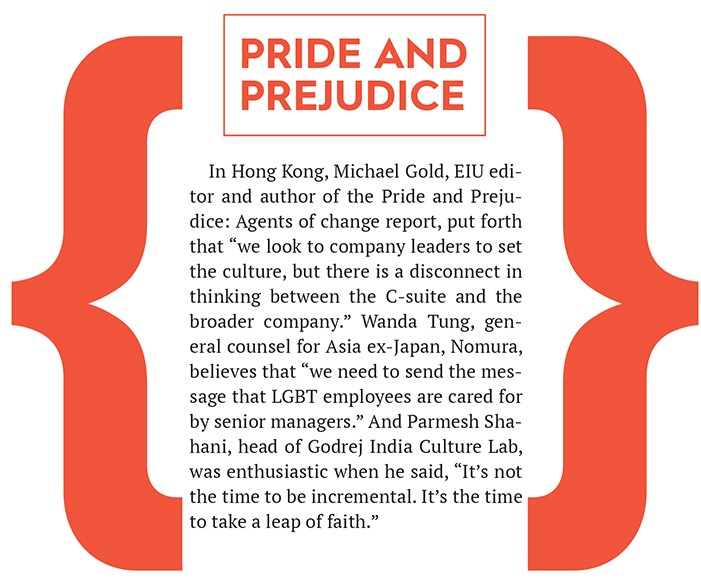 About The Economist Intelligence Unit