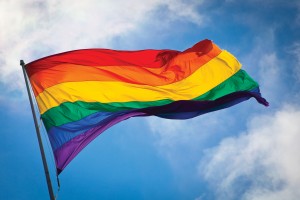 LGBT History Month, a time to reflect on the struggles faced by LGBT individuals and the history of their civil rights, is observed every October. It was first established in 1994 to coincide with National Coming Out Day on Oct. 11. LGBT History Month was founded by Rodney Wilson, a Missouri high school teacher who believed that a month should be devoted to the celebration and teaching of gay and lesbian history. Although the National Education Association supports the initiative, California is the only state that has made gay history part of its curricula.

Oct. 11 marked the 26th anniversary of National Coming Out Day. Millions of LGBT individuals and their advocates observed the special occasion with rallies, parades and other celebrations. NCOD was created in 1988 by Robert Eichberg and Jean O’Leary to mark the anniversary of the 1987 Second National March on Washington for Lesbian and Gay Rights. Since then, NCOD has become a day to celebrate coming out and draw attention to the presence of LGBT individuals throughout communities around the country. It is a day that is framed around coming out of the closet and feeling gay pride.

In launching NCOD, Eichberg — a psychologist from New Mexico who died in 1995 of complications from AIDS — said, “Most people think they don’t know anyone gay or lesbian, and, in fact, everybody does. It is imperative that we come out and let people know who we are and disabuse them of their fears and stereotypes.”