Not Just a Man’s Job:
How Two Women Are Changing the Landscape of the Illinois Construction Industry
By Kayla Carnes 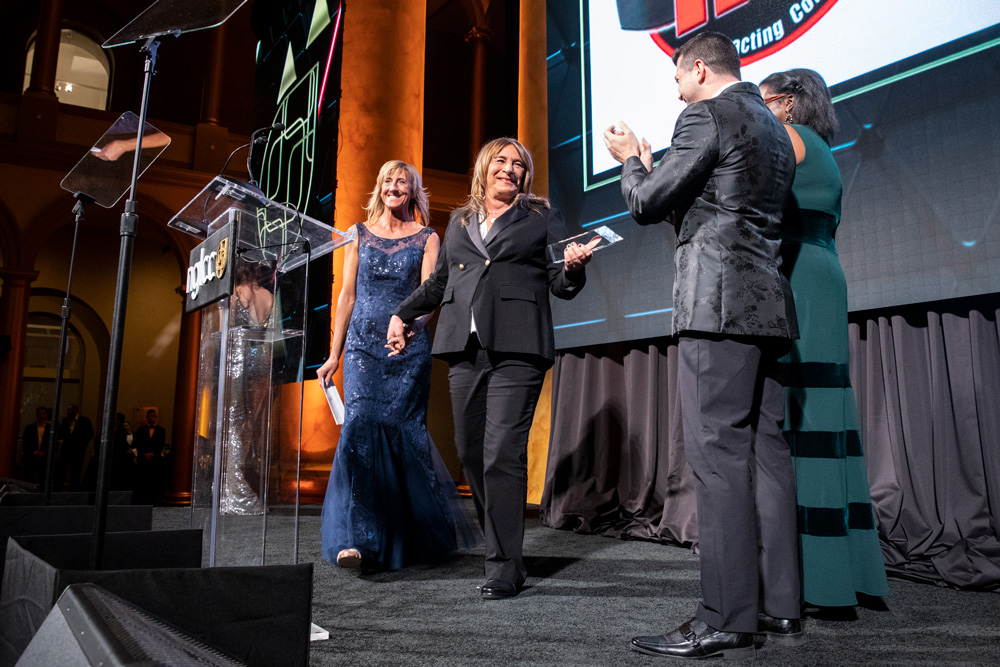 It all started in a tiny conference room.

“Heels and Hardhats began in the worst of times,” said Jackie Richter, co-founder of the Byron, Illinois-based construction company. Heels and Hardhats, established in 2010 by Richter and her longtime partner, Cyndi, was the manifestation and necessary answer to an industry that wasn’t yet ready to grant equal employment opportunity to a minority group.

In 2010, Richter was working as the general manager of a construction company when she decided to undergo gender correction surgery. Almost overnight, the seasoned contractor experienced fallout in available work opportunities – suddenly, there was no one willing to hire her.

“All of my professional experience and over 300 shared resumes only netted a few interviews, all of which oddly ended with, ‘We don’t care what you do at home – come here as a male, and we’ll hire you’,” Richter said. “We began Heels and Hardhats with a dream for equality in an industry that was not so welcoming to women – let alone LGBTQ folks.”

Married in 1991 and in business together for years prior, Jackie and Cyndi Richter had already become familiar with the rewards and hardships of tackling projects as a team – but Jackie’s gender transition was uncharted territory for both partners.

“We dealt with a lot of it through laughter,” Cyndi shared. “You really can’t take the things that people say personally, because so many people are uneducated. And we lost a lot of friends through the process. But once we explained our story, a lot of people still didn’t accept us – but they understood us.”

And while it would be idyllic to say that the Richter’s decision to carve an LGBTQ niche in the construction industry resulted in instant success, the first several months of startup were anything but.

“It took nearly two years before we could get our DBE (Disadvantaged Business Enterprise) certification, as being transgender was a whole new territory for the State of Illinois Department of Transportation,” Jackie said. But following the approval, Jackie made history by becoming the first transgender person in the state of Illinois to receive both Women Business Enterprise Certification, along with her DBE certification. Heels and Hardhats was able to begin competing and bidding for contracts through the state Department of Transportation – signaling a turning of the tide for both women.

“In the summer of 2013, we got an opportunity that would change our lives,” Jackie said. “Struggling to find work, we registered on every site possible for government and utility projects. Then, we came upon this company called NPL.”

“It was around 6 o’clock in the evening in late 2014,” Adams recalls. “I was cooking dinner, and got a call from an unrecognized number. It was Jackie. She introduced herself, telling me that she had heard of NPL, and wanted an opportunity to work with us.”

Several days later, Adams came across an extensive land mowing project that he offered to the Richters. The work was hard and the hours were long, but neither women missed a beat. Gathering what equipment they had, Jackie and Cyndi set to work. “Everyone admired their spirit and tenacity,” Adams said. Slowly, with each new completed project, Heels and Hardhats gained traction, eventually growing from 70k a year to 225k, then to 2.5 million.

Today, Heels and Hardhats employs more than 80 people – all local, and mostly diverse.

“I admire Jackie for a number of reasons,” said Adams, reflecting back on the Richter’s hard-fought successes that started with Jackie’s single phone call. “She has created a culture of openness and acceptance that shows individuals who hold biases that diverse people are just that – people, like them, who want to work and provide for their families. She’s changing the culture and landscape of Illinois.”

“Never ever give up,” maintains Jackie. “The hardships we face become our greatest pathways for success. We are carrying a torch of hope for these people in disparity!” 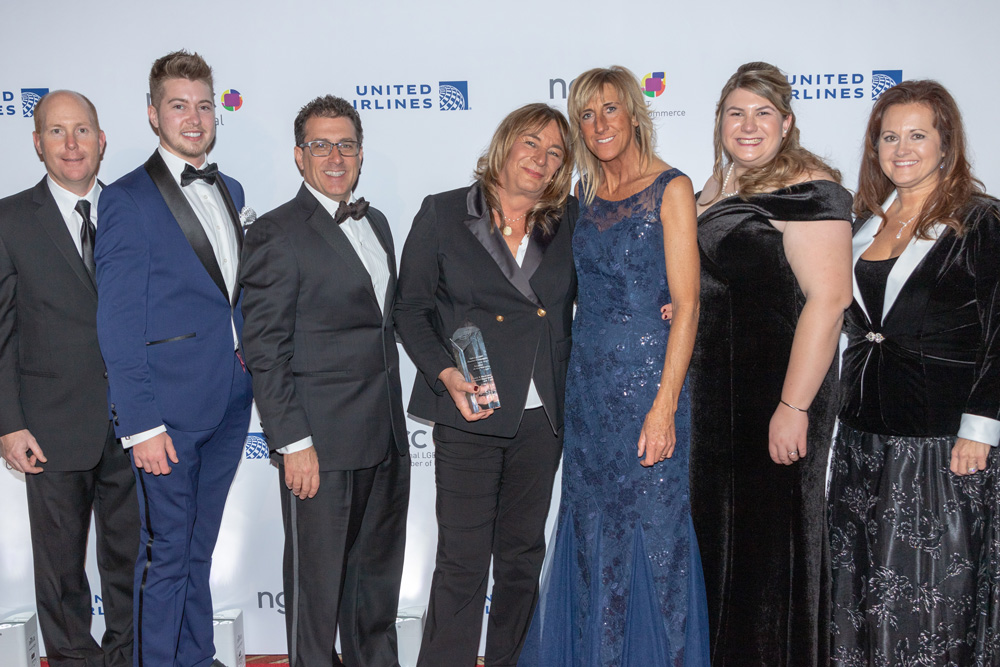 Cyndi and Jackie Richter and team

Married in 1991, the Richter’s handle personal and work life with a sense of humor.