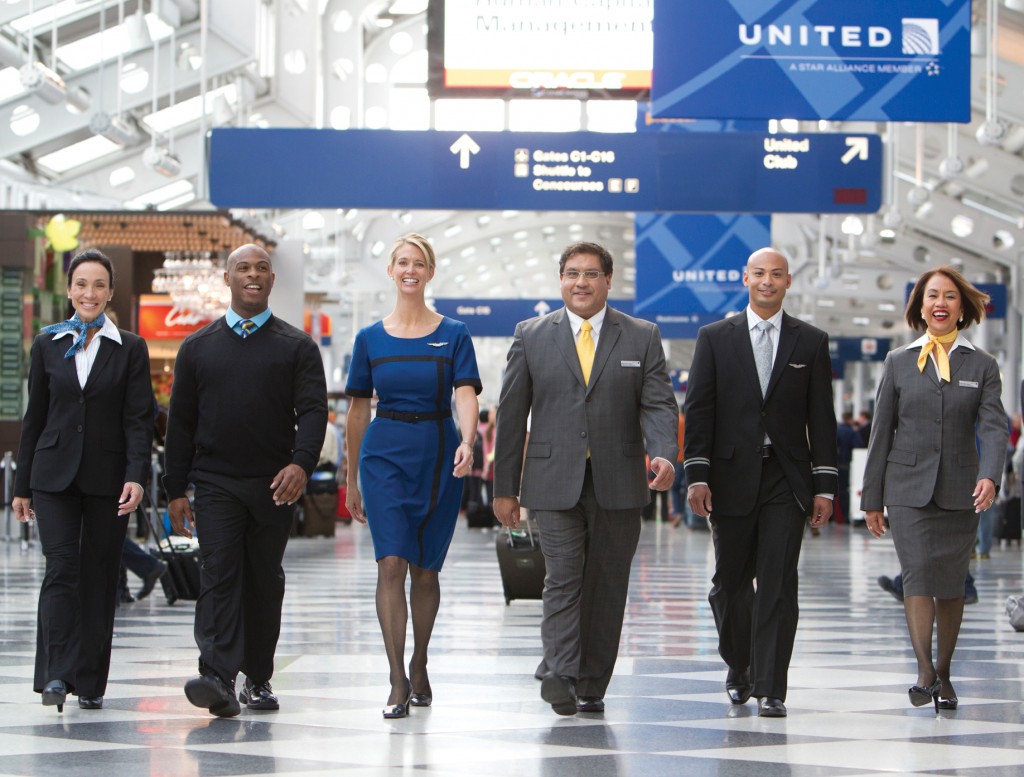 The rich diversity of ideas, perspectives and experiences that make up United Airline Inc.’s global workforce help the company deliver superior products and great service to its customers. From the airline’s supplier relationships to its employee resource groups, a commitment to diversity is core to United’s business.

United strives to ensure that every employee feels valued, respected and engaged. The company’s efforts to promote cultural awareness include a wide range of programs that help employees recognize diversity as a business advantage.

“Our working-together culture — based on diversity, dignity and inclusion — is the cornerstone of our business and critical to our success,” said Nene Foxhall, executive vice president of communications and government affairs at United. “We remain focused on supporting those principles and the people who make United such a great place to work.”

The LGBT business resource group, known as EQUAL, is one of United’s fastest growing and is expanding to several of the airline’s hub cities. The group provides regular networking opportunities for members and has hosted prominent figures within the LGBT community, such as Judy Shepard of the Matthew Shepard Foundation.

United is also proud to partner with numerous organizations, like the National Gay & Lesbian Chamber of Commerce, that share its commitment to diversity and workplace equality and provide direct access to LGBT-owned companies. These important partnerships create valuable opportunities to educate employees, exchange best practices and connect with potential customers.

United has a legacy of leadership in the supplier diversity community. The airline’s supplier diversity program is a key part of its procurement process, creating business relationships that drive innovation and profitability. Since 2000, United has spent more than $4.3 billion with LGBT, disabled, women, minority, veteran, service-disabled veteran and small business enterprises. In 2013 alone, the company spent just under $1 billion with diverse businesses.

As a result of these best-in-class initiatives, United was named one of the Most Admired Corporations for Supplier Diversity for 2014 by Minority Business News, earned the 2013 Corporation of the Year distinction from the Chicago Minority Supplier Development Council and consistently ranks as one of America’s Top Companies for Women’s Business Enterprises, according to the Women’s Business Enterprise National Council.

“United is dedicated to delivering a flyer-friendly experience that reflects the customers and destinations it serves,” Foxhall added. “The airline takes great pride in its diverse workforce and dedication to inclusion, and it will continue building upon these strengths to best serve its global customers.”