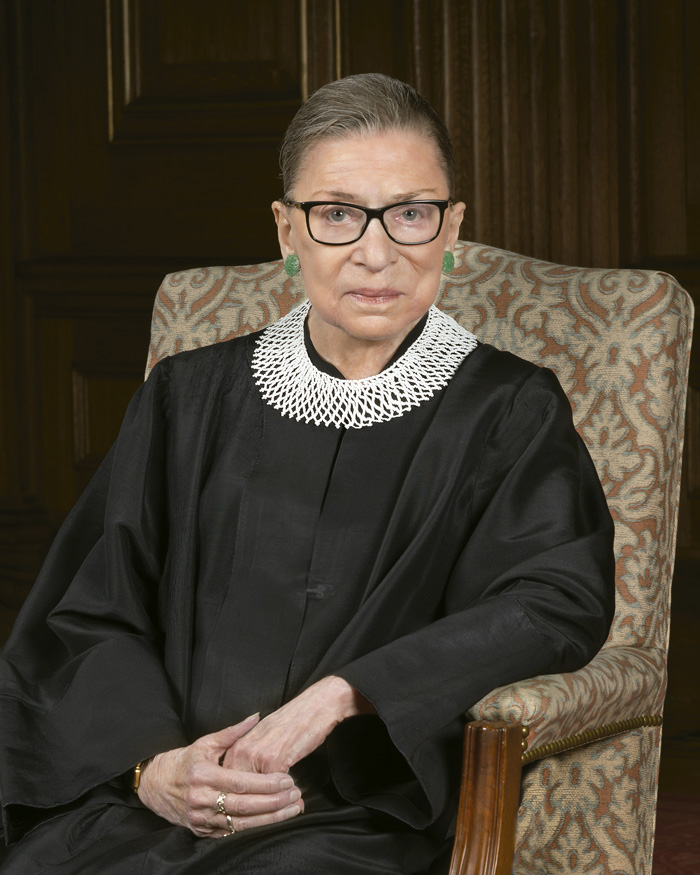 When Justice Ruth Bader Ginsburg passed away last month at the age of 87, the iconic jurist left behind her a broad legion of grief-stricken admirers from all walks of life. The loss of Justice Ginsburg was felt profoundly, not only for one of the greatest legal minds in America, but also for a tireless fighter.

Justice Ginsburg had been a voice not only for women, through her personal trailblazing career and via her opinions in landmark gender and pay equality cases. For over a quarter of a century, she was also a fierce advocate for racial equality, reproductive freedom, and LGBTQ rights throughout her tenure on the Supreme Court.

Alphonso David, President of the Human Rights Campaign said: “Today, we lost an unqualified, undisputed hero. She wasn’t just an iconic jurist, Justice Ginsburg was a force for good — a force for bringing this country closer to delivering on its promise of equality for all. Her decades of work helped create many of the foundational arguments for gender equality in the United States, and her decisions from the bench demonstrated her commitment to full LGBTQ equality. She was and will remain an inspiration to young people everywhere, a pop culture icon as the Notorious RBG, and a giant in the fight for a more just nation for all. We extend our deepest condolences to her family and loved ones. What she represented — fairness, justice, and equality for all — we must all continue to fight for. Those principles are not transactional, they are fundamental to our democracy.”

Her record on LGBTQ rights is consistent as it is impressive. While there are many cases to point to, some are broadly recognized as landmark LGBTQ. Starting in the 1990s, she joined a ruling striking down Colorado’s anti-gay Amendment 2 (Romer v. Evans). She continued in the early 2000s, joining the majority opinion in Lawrence v. Texas, which struck down state laws that still criminalized sodomy among consenting adults.

It is in the past decade, however, that Justice Ginsburg had the most numerous opportunities to demonstrate her support for LGBTQ equality joining decisive rulings and writing opinions that advanced marriage equality and Transgender rights that would have been unthinkable even a decade earlier. Anti-LGBTQ legislation that had been the law for years, and even decades began to fall like dominoes in rapid succession: In 2013, Windsor v. United States struck down the anti-gay Defense of Marriage Act (DOMA). That sam year, Hollingsworth v. Perry restored marriage equality to California after Proposition 8, and finally, Obergefell v. Hodges, which struck down state bans on same-sex marriage and ensured full marriage equality was the law of the land.

With the Court’s increasingly right-leaning composition, Justice Ginsburg was the conscience and the advocate for our LGBTQ community. With so many decisions coming in tight 5-4 majorities, she was a pivotal voice.

Despite battling advanced cancer and undergoing multiple surgeries and treatments, Justice Ginsburg’s mind and moral compass never failed, and she remained in the fight until the very end. Just weeks before her death, she joined the majority in deciding Bostock v. Clayton County, which found anti-LGBTQ discrimination is a form of sex discrimination, and therefore illegal under Title VII of the Civil Rights Act. The importance of this ruling cannot be overstated, as it effectively grants wide protections to LGBTQ people in a broad range of laws against sex discrimination, including in housing, health care, employment, and education.

The void left on the court by Justice Ginsburg is felt by many, but acutely so by our LGBTQ community, who has lost one of our staunchest allies in the highest of places.

As we mourn Justice Ginsburg, the future composition of the Supreme Court and the implications for our community provides many reasons for concern.

With the most pivotal election of our lifetimes just days away and a new Justice on the brink of confirmation, we face a new landscape with much uncertainty. However, we know our rights have advanced farther and faster than anyone could have imagined, in great part due to Justice Ginsburg’s tireless pursuit of not only what was right, but what afforded more Americans dignity and opportunity.

HERSTORY
Justice Ginsburg was born in Brooklyn, New York, March 15, 1933. She married Martin D. Ginsburg in 1954. She received her B.A. from Cornell University, attended Harvard Law School, and received her LL.B. from Columbia Law School. She served as a law clerk to the Honorable Edmund L. Palmieri, Judge of the United States District Court for the Southern District of New York, from 1959–1961. From 1961–1963, she was a research associate and then associate director of the Columbia Law School Project on International Procedure. She was a Professor of Law at Rutgers University School of Law from 1963–1972, and Columbia Law School from 1972–1980, and a fellow at the Center for Advanced Study in the Behavioral Sciences in Stanford, California from 1977–1978. In 1971, she was instrumental in launching the Women’s Rights Project of the American Civil Liberties Union, and served as the ACLU’s General Counsel from 1973–1980, and on the National Board of Directors from 1974–1980. She was appointed a Judge of the United States Court of Appeals for the District of Columbia Circuit in 1980. During her more than 40 years as a Judge and a Justice, she was served by 159 law clerks.

Ruth Bader Ginsburg, associate justice of the Supreme Court of the United States