Capgemini executive urges all to be true to their values

Authenticity: it can make a world of difference for LGBT success in the corporate world. The word conjures different meanings and feelings for everyone, but for Karen Jones, authenticity has brought her tremendous success both at work and home. Principal information technology executive at Capgemini U.S. LLC’s Atlanta office, she places significant importance on being authentic to oneself in each and every endeavor of life.

Jones finds she is being most authentic when she brings her own values to the table. “It is being able to feel like you are true to yourself and your own core values in the values and the actions you take on a day-to-day basis,” she said. She is active in campus onboarding for Capgemini and is consistently speaking to prospective employees about the importance of being authentic.

Authenticity is important to Jones both at Capgemini and at home, where she is happily married to Magaly Ickes, who serves as assistant counsel for the National Treasury Employees Union. They were married last October.

What Capgemini brings to the table

As a large organization, Capgemini flourishes by allowing its employees to be authentic in everything they do, regardless of their race, gender, ethnicity or sexual orientation. Many other large companies — not to mention small businesses — have difficulty with maintaining the same supportive culture for their employees. Is it harder to support authenticity in a large organization?

According to Jones, there are two sides to that coin.

“On one hand, in a large organization like Capgemini, it’s easy to find those like-minded individuals because there is such a wide diversity of people. On the other hand, in a smaller organization, I may be the only female lesbian executive,” she said. “Here, there is more than one female lesbian executive, like Janet Pope (North America corporate responsibility & sustainability leader). I feel quite strongly supported because I have this amazing OUTfront team [employee resource group] that is engaged, and I am able to see myself resembled in that group.”

Jones has been with Capgemini since July 2000, with a two-year absence from the company  2007-2009. As an IT executive, it is rare to remain loyal to an employer for this length of time, but Jones has been comfortable since before even being hired.

“When I did on-campus interviews, I felt that most of those interviews were all about ‘How can you be a good fit for this company?’ ”At Capgemini, they were having a discussion with me about why I should want to work there,” she said. “We were invited to a weekend where we could meet peer colleagues, execs, do these around-town type events and see the office.”

That weekend turned out to be huge indicator as to what her career with the company was going to be like. “One weekend in February was such a pivotal time in my life. Fifteen years later, I’m still with the same company,” Jones said.

What Jones brings to Capgemini

Currently, Jones is managing the company’s innovation and digital services group from a 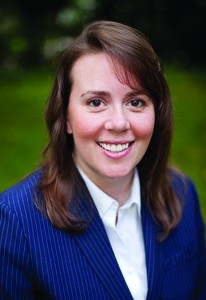 n operations perspective, and her expertise in IT focuses on cloud computing. And like authenticity, cloud computing takes on many meanings, depending on who you talk to.

“My favorite description of cloud is more like something you can get as a service,” she explained. “I can buy a lawnmower and mow my lawn, or I could hire a guy that comes with a lawnmower who mows my lawn. When you’re buying cloud computing or software as a service, what you’re buying is having the benefit of having a nicely mowed lawn without having to do the maintenance of the lawn mower. Cloud computing provides those services to our clients in a way that is easier on their wallets, their time and their long-term maintenance.”

Running the innovation and digital services group comes with its own sets of challenges. As technology moves at an unbelievable pace, consulting companies like Capgemini must manage to stay one step ahead, yet continue to bring innovation and new ideas to their clients. “I’ve essentially turned my focus inward; you develop this nimble group that has adapted so quickly, but you need someone to figure out how to navigate the landscape,” Jones said. “The best client I could find right now is us. Our group has grown by 40 percent, with lots of moving pieces.”

When Jones joined the company in 2000, although she was out socially, she was unsure about coming out at work. Her family and friends knew; but, at 23, she found herself wishing to err on the side of caution. As one who — even then — valued authenticity, caution did not turn out to be the best answer. “I knew I wasn’t being authentic to me. I actually took a gentleman to the first company Christmas party because I thought it was the most appropriate response,” she said. “But, in that moment, I wasn’t enjoying it like I might be if I were honest about who I am.”

Thankfully for Jones, Capgemini has always been progressive — even when she was hired. She eventually came out to a few peer-level colleagues, then later to bosses and now is now an executive sponsor for the company’s OUTfront employee resource group. “It’s been a long journey, but it’s rewarding to be in this position and have a membership that’s so engaged and helpful,” she said.

Is it easier being out or being a woman?

Despite being widely accepted as a lesbian, Jones has struggled more as a female in the world of technology than being out. But, she considers that gender bias as a secret weapon — rather than something that should be considered a threat to one’s career. “Being underestimated is a valuable weapon,” she said. “It gives you an opportunity to wow some people with what you are capable of when they have set the bar so low for you!”

Advice to those who are considering coming out

Coming out — especially at work — can be the cause of intense stress. But, Jones believes that most of the fear surrounding that conversation with peers or bosses comes down to the story we’re telling ourselves in our minds. “If they can take a minute to really think about it, they’d realize that what they’ve built up in their brains isn’t nearly as bad as how it really is,” she said.

In order to gather courage, she asserts that those who are in that situation need to challenge themselves to think outside that one data point.

“Being untruthful about it was adding insult to injury. If you can’t change it, what good does it do us to also have to lie? There are extreme situations that still exist, but as culture evolves and becomes more accepting, most folks can find their way through the muddy waters and take the time on how to steer that boat. Trust that the people you’ve had in your life that have been there for you will keep being there,” Jones said.

Even for those who have come out and have had a negative experience, at least they can be proud of the fact that they were being true to themselves. If you’re not authentic with yourself, there is going to be a disconnect somewhere, and that disconnect may be — and probably is — worse than any potentially uncomfortable coming out situation. v 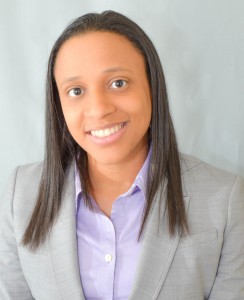 Diversity is deeply engrained in Capgemini U.S. LLC’s culture. Working with talented individuals from various backgrounds and different points of view enriches creative solutions and adds value to clients’ businesses. Diversity is viewed as both a strategic advantage and an ongoing challenge. Capgemini continuously implements diversity initiatives to make the most of the perspectives and experiences its consultants contribute. These differences are a source of innovation and inspiration that enable it to generate new ideas, anticipate market trends and become thought leaders in its chosen markets.