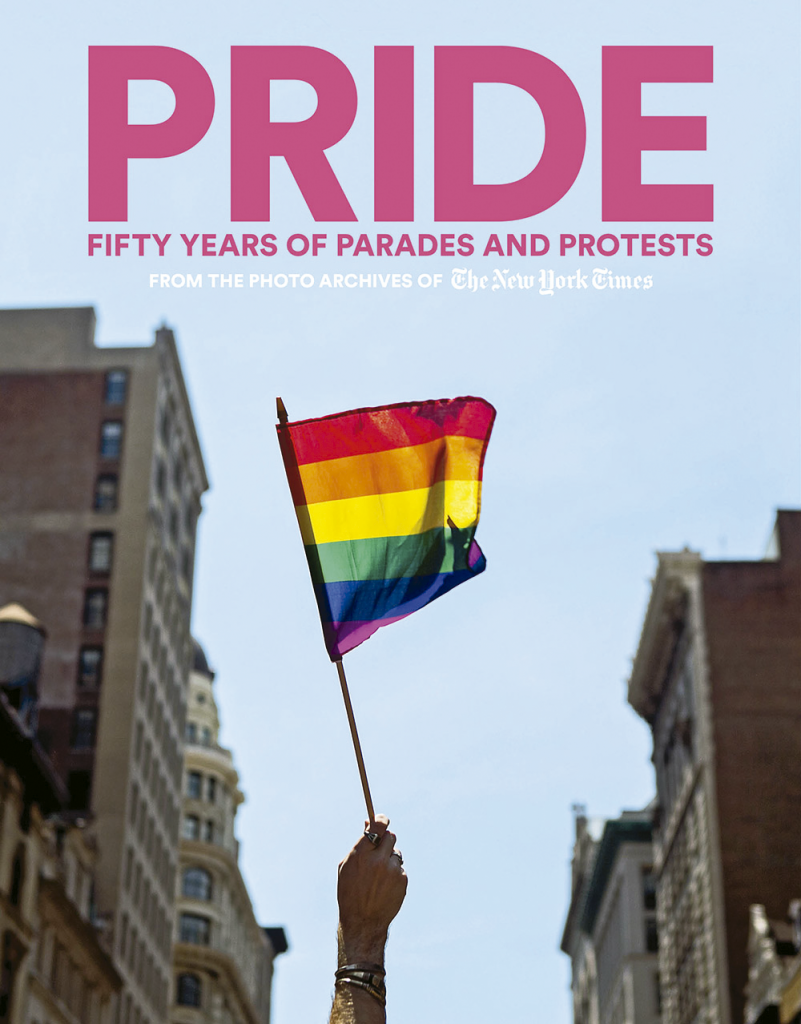 It began in New York City on June 28, 1969.
When police raided the Stonewall Inn—a bar in Greenwich Village known as a safe haven for gay and transgender people—violent demonstrations and protests broke out in response. The Stonewall riots, as they would come to be known, are viewed as the symbol of the modern gay rights revolution. Fifty years later, the gay community and its supporters still gather every June to commemorate that historic uprising.
With three hundred and fifty photographs collected from the archives of The New York Times, PRIDE (Abrams Image; May 21, 2019; US $24.99) presents a powerful visual history of five decades of parades and protests of the movement. These photos, paired with descriptions of major events from each decade as well as selected reporting from The Times, showcase the victories, setbacks, and ongoing struggles of the LGBTQ community.

About the authors:
The New York Times is a global news organization with subscribers in every nation. Founded in 1851, The Times has won 127 Pulitzer Prizes, far more than any other news outlet.
Adam Nagourney has been with The New York Times for more than 20 years, during which time he has served as chief metropolitan reporter, national political reporter, and currently as the paper’s Los Angeles bureau chief. He is the coauthor, with Dudley Clendinen, of Out for Good: The Struggle to Build a Gay Rights Movement in America.
David Kaufman is an editor with News Corp. and a former editor at The New York Times, The New York Post and Quartz. He has written about business, culture and politics for a number of publications, including Time, The Financial Times, Monocle, Esquire and The Wall Street Journal.