The Power of Paying Attention
A message of inclusiveness and compassion drives BLōFISH
to change minds and change the world.
By Jennifer Mills 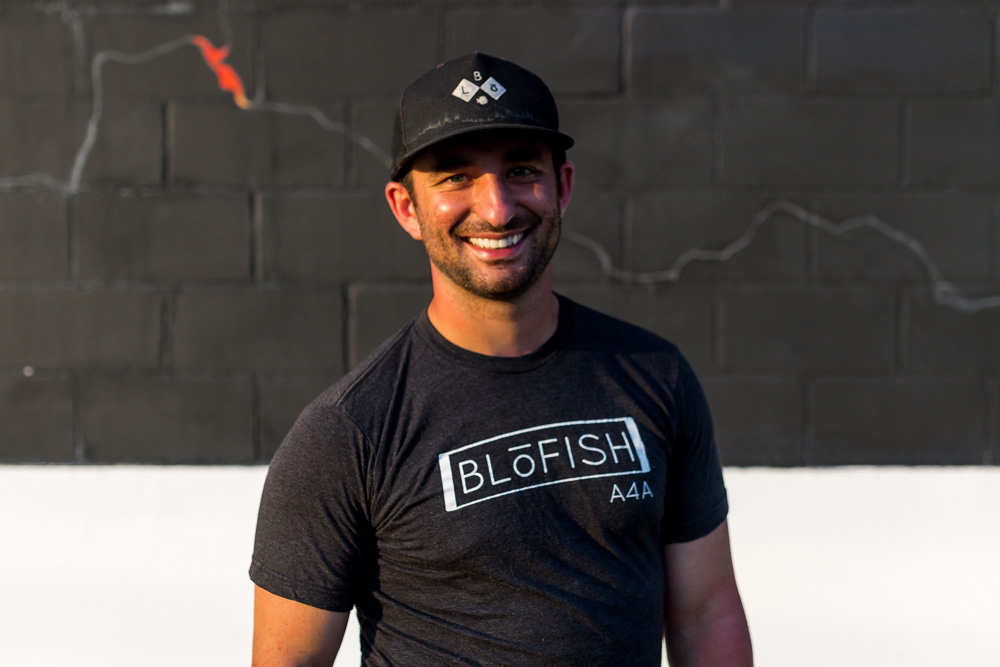 What if you never had to feel judged for who you are or how you express yourself? What if your clothes didn’t label you and people didn’t either? What if?

You would probably be in a perfect world, or maybe just hanging out at BLōFISH—a Louisville, Kentucky-based company that offers inspiring gender-neutral clothing and an open-minded place to hang out.

With a message of All4All, founder Logan Manford wanted to establish such a place where all are welcome and all feel welcome. BLōFISH creates T-shirts, hats, hoodies, bracelets and other accessories for everyone, no matter their sex, race, sexual orientation, identity, religion or ability. Forget about male and female sizes, styles and labels—anyone walking in the door at its Louisville location, or going online, gets to shop using the company’s own sizing scale of 1 to 5. With words of affirmation, such as Equal, Love Is Love, and Being Nice Is Cool, emblazoned on most items, the BLōFISH message is front and center.

“Growing up, I knew how lucky I was and wanted to give to others,” Manford says. “I also wanted to start a business. As I got older, I felt there was an opportunity for a company to really make an impact. Not only monetarily, which is important, but that a brand could provide meaning and move forward a message. That’s why I wanted a company with a give-back component to it.”

Inspired by his grandfather who owns a construction company, Manford earned a bachelor’s and master’s in business and continued to look for an idea for his own company. Fast-forward to 2014, and he along with a few friends were taking a cruise together. One of his female friends said she hadn’t been able to find a shirt style she liked in the boys’ department. She was stumped because the men’s department had the style but not her size, and the boys had her size but not the style.

“Then the idea clicked in my head that we wear the same clothes all the time, and there’s no reason we can’t have a place where everyone can shop together,” Manford says. By the end of the night, he had decided to start a company to do just that. With excitement and creativity flowing, the group was already thinking of names for the business. Someone suggested “BoyFit,” but Manford thought he heard “BLōFISH.” Everyone said the name fit, so they kept it.

Inclusiveness and making a positive impact in people’s lives throughout the world is at the core of BLōFISH—whether people shop with the company or not. And, from the beginning, BLōFISH has donated 10 percent of all sales to its Cause of the Month. There’s no complicated math—that’s $10 going to charity if someone spends $100.

BLōFISH partners with larger charitable organizations, such as the Trevor Project—a national organization supporting LGBTQ youth and young adults—and The A21 Campaign—a global nonprofit fighting human trafficking—but also local smaller organizations across the country, such as Louisville’s dog rescue Saving Sunny and Uspiritus, a mental-health facility for adolescents and children.

Remaining true to its values of authenticity and transparency, BLōFISH has extended its commitment to doing good by joining other companies worldwide focused on sustainability—such as Ben & Jerry’s, KickStarter and Patagonia—as a Certified B Corporation, which considers its impact on employees, customers, suppliers, communities and the environment.

Though BLōFISH has come a long way from the early days of spray-painting hats and T-shirts for Pride festivals and college events, Manford says its roots in the LGBTQ community still keep the company grounded.

“I am as strong of an ally of the LGBTQ community as is humanly possible,” says Manford, who gravitated to the welcoming community he considers family in high school. “Sexuality is one thing, but it’s also a different way of looking at life and interacting with people. First, they’re human. I don’t care who you’re attracted to. Are you a good person, do you respect other people, do you do the right thing? That’s what I think is most important in life, and that’s how we make a difference.”

Another example of BLōFISH’s positive impact is that it offers people of all walks of life a chance to meet. “I’ve met people who say, ‘I probably never would have met a transgender person unless I met them at BLōFISH, and my perspective has changed.’ From that one interaction it can change the way they vote, the way they think, the way they talk about issues. The power of that is as powerful as anything in the world,” he says.

In Baseball as in Life

Manford’s characteristic generosity and compassion informed his actions from an early age. “I played baseball when I was younger, and the thing that got me was coming to practice and seeing that some kids didn’t have a bat. It sounds like something small, but I saw the impact on those kids. Sometimes a kid didn’t have a ride to practice, so one of us would give that kid a ride.

“I just didn’t see how that was fair. People can say, well life’s not fair, but in the context of now, and even then, I think, well what would happen if I wasn’t born where I was born or didn’t have the opportunities that I had? What would happen if I was in their position? Would I be where I am today? I look at everything from that point of view now and count my blessings every day. That’s why we try to help everybody we can.”

Every action Manford takes in business and in life has intention and heart, and most of all, it has no end point. So don’t expect him to be satisfied anytime soon. There are more boundaries to push in product design, manufacturing, and growth—he wants BLōFISH stores nationwide. Not to mention, there will always be a group of people who can use help.

“I think we’re moving towards success. Always striving for more. It will be ongoing, and our message of equality is perfect right now. The power of that means the opportunities are endless.”

Blōfish donates 10 percent of all sales to its Cause of the Month. 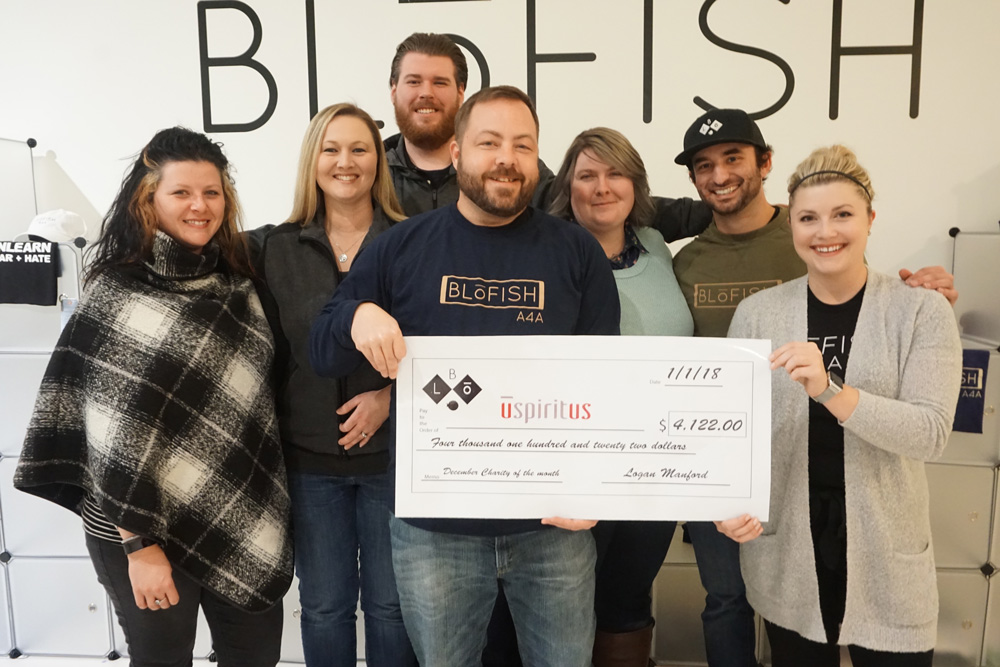