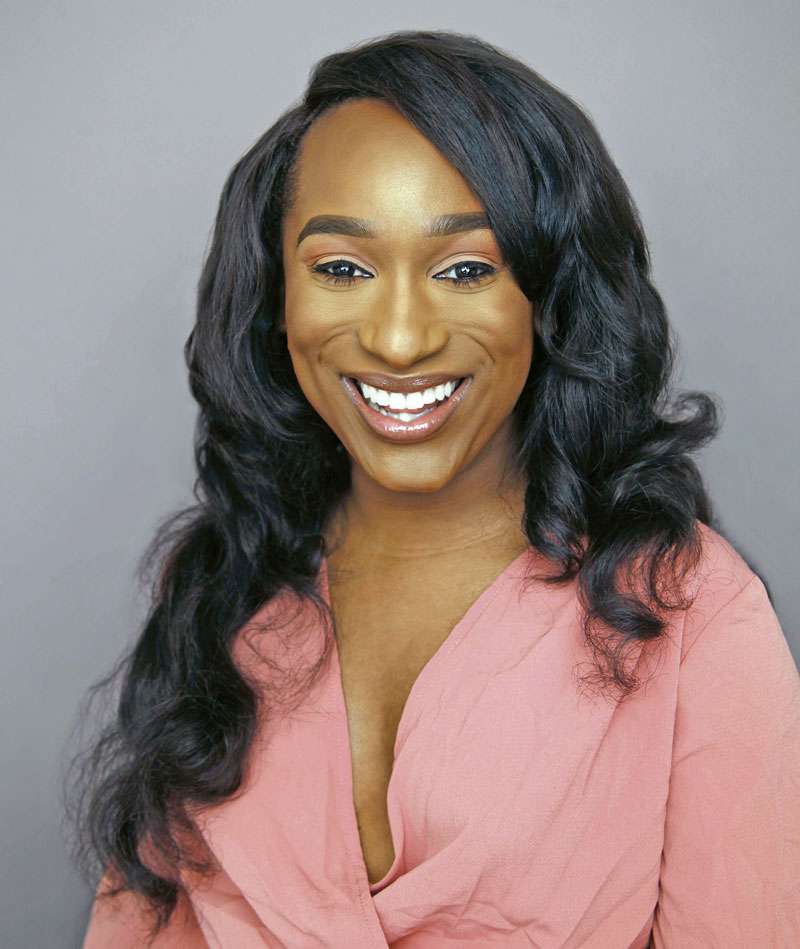 So much of the public’s understanding of Marsha came from the accounts of people who did not look like or come from the same place as her. As transness is now more accessible to the world, introducing the Institute to BLACK trans people who are resisting, grappling with survival, and looking for community has become a clear need.

“We have taken Marsha’s message and really pushed it beyond, we are not advocating for equality. We believe in black liberation and black trans liberation. Reparations for our people come first. Marsha is always in the forefront of our thoughts and our actions and we recognize that there are actions that Marsha couldn’t take. So it is our duty that those who exalt her name to take those actions in order for liberation to be done,” said Elle Hearns, Executive Director and Founder of The Marsha P. Johnson Institute.

Hearns is an organizer, speaker, strategist, and writer. Hearns’s voice as a strategist community organizer and speaker were formed from her upbringing in Columbus, Ohio as a youth organizer. Hearns currently is the Executive Director of The Marsha P. Johnson Institute an organization founded in 2015 that works to create a crucial entry point for Black transgender women to advocate for an end to violence against all trans people through advocacy, transformative organizing, restoration, civil disobedience and direct action.

The organization is credited for organizing the first ever National Day of Action for Black Trans Women in response to the murders of Amber Monroe, Kandis Capri, and Elisha Walker and held organized events in multiple cities including New York City, Chicago, and Washington DC. As a speaker Hearns has delivered keynotes and talks at Harvard University, the Schomburg Center for Research in Black Culture,The Public Theatre,and for The National Lawyers Guild,Columbia University, Stanford University and NYU.

Prior to founding The Marsha P. Johnson Institute Hearns worked for LGBT organization GetEQUAL an organization that she shifted from an equality framework to one that was centered more on the liberation of LGBTQ people. During her time there she successfully led many campaigns including More Than Marriage a digital campaign detailing why LGBTQIA people needed more than marriage equality to be “free”, Year Without Tamir a campaign honoring the life of Tamir Rice a 12 year old who was murdered by the Cleveland Police Department in which the campaign demanded and advocated for a new prosecutor for the case and in Cuyahoga County, and the firing of the officers and all responsible for his murder. Hearns operates politically from the perspectives of Black Nationalism, humanist theory, and black trans theory and practice. She credits Malcolm X, Marcus Garvey, and Marsha P. Johnson as her teachers. Their words along with her life experiences are what she credits for politicizing her.

Hearns’ writings have been published by The CUNY Law Review and Ebony magazine. Her work has also been chronicled and featured by Time, CNN, MTV, The New York Times, Alternet, Democracy Now, The Daily Dot, Fusion, Essence Magazine, The Root, Alternet, Telesur TV and The Washington Post. Hearns has been honored with the Young Women’s Achievement Award for Advocacy and Organizing by the Women’s Information Network, the Black Feminist Human Rights Defender award by Black Women’s Blueprint,and as a Woke 100 honoree by Essence Magazine.