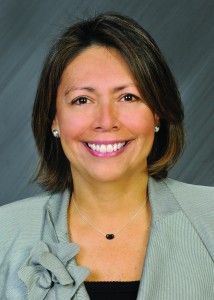 In 1995, Aetna Inc. was one of the first companies to set up domestic partner benefits. In 2009, it was the first major health benefits company to add gender reassignment procedures as a benefit for its employees and to add LGBT language to its supplier diversity program. Today, six years later, Aetna is continuing its 20-year history of supporting LGBT equality by adding yet another key milestone — covering gender reassignment procedures in 33 plans offered to federal employees in the Federal Employees Health Benefits Program.

Grace Figueredo, vice president, workplace culture, and chief diversity and inclusion officer at Aetna, said the expanded coverage is aligned with the company’s support of diversity and inclusion, which help strengthens its workforce and provide better care to the people they serve. “Aetna has long been supportive of the lesbian, gay, bisexual and transgender community. Moving to include gender reassignment procedures in our plans is consistent with other changes we have made to better serve the needs of the LGBT community,” she said. “Since the Human Rights Campaign Foundation’s Corporate Equality Index survey began measuring companies on transgender-inclusive health benefits in 2011, companies looking to be leaders in LGBT workplace equality have requested these benefits be included in their plans.”

Aetna will also be expanding coverage of gender reassignment procedures in fully insured commercial plans outside of the FEHBP, starting this year and rolling plans out to other states over the next two years. For FEHBP, Aetna has plans available in all 50 states. For the fully insured rollout, the company expects to have the benefit introduced in West Virginia, Utah, Idaho, Missouri, Wyoming, Nebraska, Iowa, Louisiana and South Carolina this year, pending state approvals.

Figueredo said that so far, the reaction to the gender reassignment coverage from clients and the LGBT community has been “supportive.” Also, Aetna has not had any resistance to its state filings. “We see more states considering a requirement for coverage,” she said.

Aetna is leaving no stone unturned in educating key constituencies, both internal and external, about its comprehensive support of the LGBT community. It is implementing refreshed sexual orientation and gender identity learning programs, so employees have the opportunity to fully understand these topics, understand the company’s commitment to the LGBT community and also understand how changes in Aetna’s business — like expanded transgender-inclusive coverage — will affect their day-to-day work. “These learning programs set a strong foundation to ensure we are maintaining an inclusive work environment and to also ensure that our front-line employees, especially, are equipped to deliver a world-class customer experience for our LGBT members,” Figueredo said.

As a result of its success in inclusion and diversity, Aetna has attained a perfect score on the Human Rights Campaign’s Corporate Equality Index since the index’s inception. The company’s commitment to the LGBT community starts at the top. In fact, Mark Bertolini, Aetna’s chairman and CEO, was one of the first straight-ally members to join and serve on the NGLCC board of directors. “We know that many of the health care needs of American LGBT employees are not addressed in the current health care delivery system,” he said. “By working closely with groups like the NGLCC, we can learn ways to better address the needs of the LGBT community as both a health solutions company and an employer.”

In addition, consumers are hearing more about Aetna’s LGBT support. In March, the company launched a groundbreaking marketing campaign targeting LGBT consumers in three cities: Phoenix, Miami and Charlotte. The campaign includes print and digital advertising, paid search and mobile efforts, local activation and sponsorship of the cities’ pride celebrations in an effort to position Aetna as the premier health care leader in the LGBT community.

Figueredo said that companies should follow Aetna’s lead and support the LGBT community. “As a company, we strongly believe that no person should be discriminated against based on who they are or who they love,” she said. “At Aetna, we embrace all dimensions of diversity. We work hard to create a safe and equitable work environment, where employees are encouraged to bring their full selves to work and use their diverse talents to prosper and grow.

“We create this environment because we believe it is the right thing to do. We also believe it is good for business,” she continued. “We see opportunity in striving to meet the unique health care needs of LGBT consumers in the marketplace, and we are working to better understand these needs in order to deliver value.”