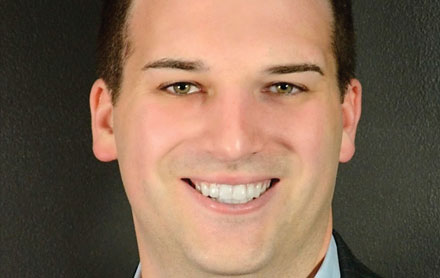 When 100 lesbian, gay, bisexual and transgender MBA students from the Yale School of Management and the Harvard Business School came together in 1999, the meeting would later create the Reaching Out LGBT MBA organization, better known as ROMBA.

As Matt Kidd, executive director of Reaching Out MBA (ROMBA) explains, “The idea behind it was to bring together all the LGBT MBA students across the country. That event has grown from in 1999. It was about 100 people to what’s now a 1400-person conference.” Much as the organization has changed 17 years ago, the Women Out in Business Conference is the organization’s latest move to help lesbian, bisexual and transgender (LBT) women have greater representation in educational and professional spheres of the business world.

How the Out Women in Business Conference Began

This conference wasn’t always its own event. After holding surveys and focus groups in 2012, Kidd explains that there were a few findings that explained why LBT women weren’t as involved with business education and the business world. LBT women responded that there were no role models in the business world and as Kidd explains, “they didn’t see much of a community. In general, whenever they went to any event to check things out, it would all be, generally speaking gay men, so they felt like there wouldn’t be a place for them to belong.”

Understand the Need for the Out Women in

Kidd explains why the Out Women in Business Conference and Initiative is so vital to help the LGBT community become a part of the business community, both academically and in the work-world.

“As we look at the state of LGBT MBAs in business school, and frankly LGBT people in business in general, women constitute less than 30 percent on average of attendees at LGBT events,” says Kidd. “We’ve been noticing this number of trend for a number of year, not just with us, it was with a lot of peers in the space, even companies even with their ERGs, employee resource groups.”

Annise Parker, former mayor of Houston and Harvard Kennedy School Fellow, Roberta Kaplan, Partner, Paul, Weiss and co-founder & executive director of Br{ache the Silence spoke to a mix of conference attendees. Attendees included those looking to enter the business world, current undergrad and MBA candidates, along with a big cohort of active business professionals. Kidd says that, “the three of them were part of a panel that was in the afternoon that was focused on lessons that can be learned from leaders in other industries.”

Kidd touched on what each speaker elaborated upon. Parker’s speech touched on her time as a public figure as Mayor of Houston, highlighting the lessons she learned from her defeat over Houston’s Equal Rights Ordinance (HERO). Kaplan discussed her time arguing on behalf of Edie Windsor case before the U. S. Supreme Court for marriage equality. Caple discussed her experiences within the sports world, the transition to the business world and how being African-American impacted her experience in the business world. As Kidd says, “and in Nevin’s case, she’s also African-American. So she’s looking at [it] from multiple lenses with this kind of intersectionality between all these identities.”

How it ties into ROMBA’s Greater Mission

It provides ROMBA another way to keep alumni in contact with up and coming LBT business students, entrepreneurs and professionals. It’s also another way to demonstrate how the business world is a welcoming sphere for all women, including LBT women.

“What I would love to see is that percentage of women who are at LGBT events jump from 25 or 30 percent go up to 40 percent, go up to parity. That’s what we’re really striving for with this event.”