A Family’s Call to Action 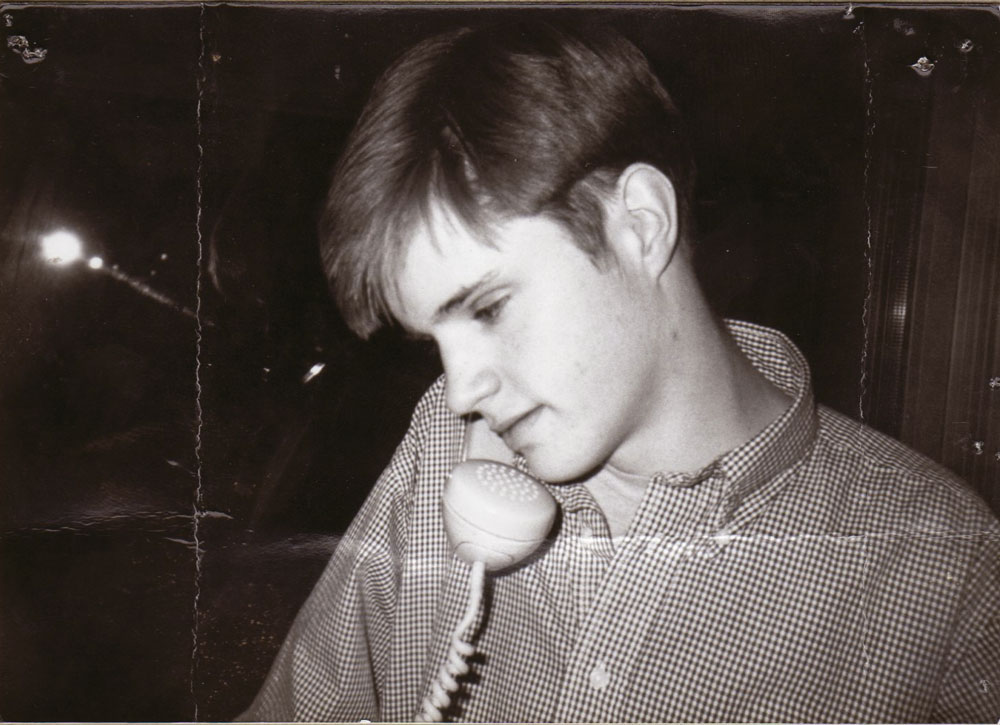 A lot can happen in 21 years. Families can find peace. Attitudes can change. Communities and nations can heal.
Since the brutal 1998 murder of gay Wyoming student Matthew Shepard, his parents, Judy and Dennis Shepard have led an LGBTQ charge to memorialize their kind and gentle son, finding a constructive way to channel their grief while helping others in the process.

On what would have been his 22nd birthday, Dec. 1, his parents established the Matthew Shepard Foundation in 1998. With a mission to “replace hate with understanding, compassion, and acceptance,” the organization began to advocate for LGBTQ rights and stronger hate crime laws. It has since continued to focus on reducing LGBTQ discrimination and provides resources and tools to support LGBTQ youth.

Still today, Matthew’s parents hold on to his humanity and the person he was.

“Matt was kind of like the kid next door,” Dennis Shepard says. “He was small in stature, he spoke five languages. He hunted, fished, and camped, and he loved the theater and loved politics. I mean he was the kid that everyone could see as a part of them or a part of somebody they knew, family or friend.”

He adds, “I just know he would be out there fighting. He loved politics, and he would just be incensed at the way that the assumed rights and protections of all people have been taken away, and at the fact that people aren’t voting.”
It is through Matthew’s lens that the foundation continues to fight for equality for all.

Matt’s Story
Most Americans may remember the horror of hearing that 21-year-old Matthew Shepard had been lured from a Laramie, Wyoming bar by two men and taken outside of town where he was tied to a fence and repeatedly beaten with the butt of a pistol. There they left him in the freezing cold, fighting for life, unconscious, for 18 hours until he was finally discovered by a bicyclist.

When he succumbed to his head wounds in a Fort Collins, Colorado, hospital just after midnight on Oct. 12, 1998, Matthew’s premature death was forever cemented in many minds. One generation may remember President Kennedy’s assassination, but another remembers Matthew Shepard.

His murder — one of the most unspeakable hate crimes in U.S. history — sparked national outrage, gay and straight communities alike, and spoke a simple truth that was, up until that moment, inconsistently acknowledged: A gay person’s life is a human life. America was forced to confront its own biases, and these reflections forever changed the way the country tackles hate.

“There’s something about Matt that I think spoke to the media and the population at large,” says Judy Shepard. “Maybe people could see in Matt something that everyone could identify with, but I think it was a wake-up call for the straight community about the horrible things that were happening to the gay community.”

It is unimaginable too that Matthew’s parents were unable to lay their son to rest for 20 years. Despite the great advancements in the battle against inequality, concerns persisted that his grave site would be vandalized, so he was not buried until 2018, at which time his ashes were interred in the Washington National Cathedral in Washington, D.C., where the public can visit.

A Call for Change
Though the men responsible for killing Matthew were convicted of first-degree murder and handed two life sentences each, they weren’t able to be charged with a hate crime. In 1998, Wyoming did not have hate crime laws in place (even now, it is one of four, joined by Arkansas, Georgia and South Carolina). Matthew’s death incited renewed focus on more-expansive federal hate crime legislation and spurred his family to take on the cause.

When Barack Obama became President, social justice and injustice moved to the forefront of his priorities, and although expansion of the limited existing federal hate crime laws had not previously found traction in the White House, Obama gave his support. In 2009, he signed The Matthew Shepard and James Byrd, Jr. Hate Crimes Prevention Act into law, attached to the Defense Appropriations Bill. It became the first statute allowing federal criminal prosecution of hate crimes motivated by the victim’s actual or perceived sexual orientation or gender identity. It also included crimes committed because of the actual or perceived race, color, religion, national origin, gender, or disability of any person.

James Byrd Jr. was an African-American man who was murdered on June 7, 1998 by three white supremacists in Jasper, Texas. Because his murder took place on a private road, existing laws that may have included race-related crimes did not apply.

In addition to improved hate crime legislation, The Matthew Shepard Foundation’s priorities evolved to include funding educational programs and an online community for teens covering topics such as gender issues and sexual orientation.

Judy and Dennis Shepard traveled all over the world with support from the federal government, but when President Donald Trump was elected, that financial assistance and guidance essentially ended.

Double Down
With the change in Presidential leadership, Judy says, “we felt the original call again” to return to hate crimes and civil rights education. Armed with the Hate Crimes Prevention Act, the Shepards marched on, spreading the word.
A couple of years ago, the foundation hired retired FBI agent Cynthia Deitle, who had led the FBI’s civil rights unit. Deitle travels the country working with local law enforcement, NGOs (non-government organization), and corporations to educate these entities as well as private citizens on hate crimes.

“Some states that have no hate crime laws to protect the gay community or no hate crimes at all—that’s where [the new law] becomes the most important,” Judy says. “To me, it has always been about the message: that this is an unacceptable behavior on a national level. That’s still the message. Even though it is not as widely talked about as previously.”

At the same time cities are not required to report hate crimes, policer officers are not being properly trained to investigate and gather evidence, Judy says, and district attorneys are resistant to prosecuting the ones that are on record. “They’ve totally missed the point of hate crime laws.”

The Shepards credit cities such as Seattle, Washington; Los Angeles, California; and Wilton Manors, Florida, for their strong commitment to report and investigate hate crimes, as well as cities working to improve their efforts, such as Atlanta, Georgia.

“It’s also important that the normal citizen puts pressure on their local communities to report these hate crimes,” Dennis says. “There needs to be a movement to get ordinances passed or something done within the cities, but also to get their state legislators to make it a mandatory requirement statewide so that this information can be found. Sure, you may end up being the hate crime capital of the world for a while, but then you know what your problems are, and you know how to focus your training.”

LGBTQ-related hate crimes have seen a rise in recent years. According to FBI data, with 1,303 incidents reported in 2017 (of the 7,106 total hate crime incidents), sexual orientation hate crimes were the third most frequent hate crime in the United States.

However, according to The Matthew Shepard Foundation, the FBI’s Hate Crimes Report is likely missing the majority of estimated actual hate crimes.

The National Crime Victimization Survey, which provides the largest national forum for victims to describe the impact of crime and characteristics of violent offenders, paints a different picture. For example, in 2012, the most recent reporting year, the survey showed 177,130 hate crime incidents were not reported to police; 91,020 were reported to police; and 7,440 were reported in the FBI’s Hate Crimes Report.

The Future
The Shepards remain diligent when it comes to hate crime education and are far from giving up on the advocacy started in their son’s name.

“This is a temporary situation—inevitably temporary,” Judy says. “So, we just have to be persistent. We’re all tired, we’re all exhausted, disgusted, but we just cannot drop out of the fight. Change is right around the corner.”
“Vote, vote, vote,” Dennis adds.

After 21 years, attitudes are changing, communities and nations are still healing, and maybe Matthew would be proud of the progress made—though there is still much to be done.

“Matt was a young man who just never saw or understood categorizing people,” Judy says. “A person was a person, and he just wanted to learn about them. Nothing else about them made them different from any other human being, or less worthy than another human being, and seeing someone denigrate another person was the thing that would just set Matt off. He never understood the reason for that. I guess that’s why we do what we do—we just want the world that Matt envisioned to be the world that everyone can see.” 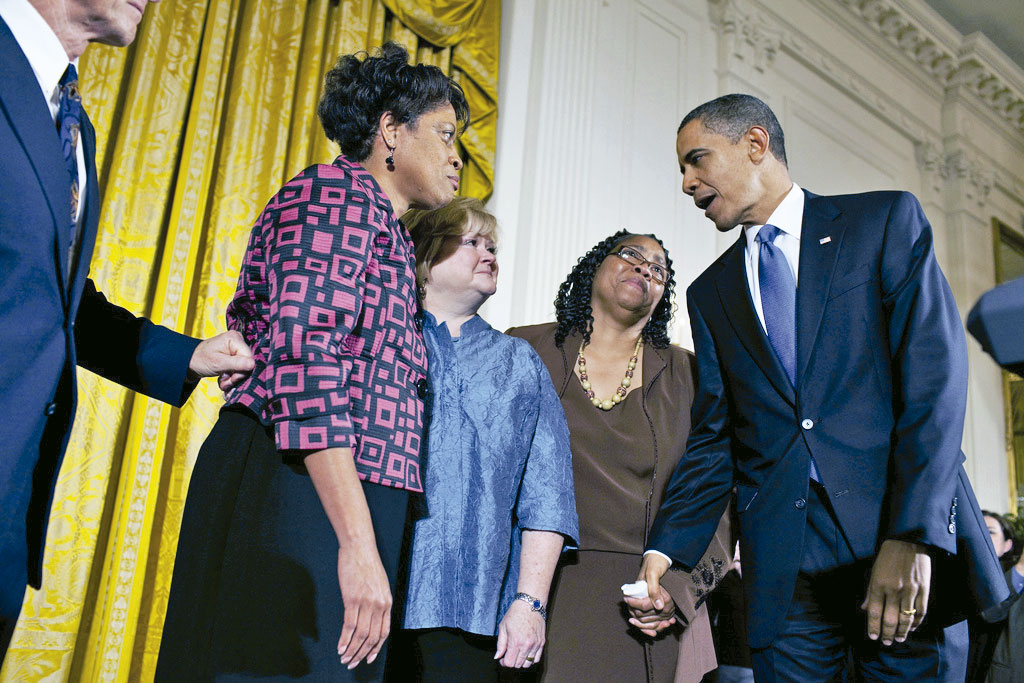 The Shepard’s attend the Bear to Make a Difference Gala Oct. 26, 2019 with 2019 Making a Difference Award Honoree Samira Wiley and her wife Lauren Morelli.