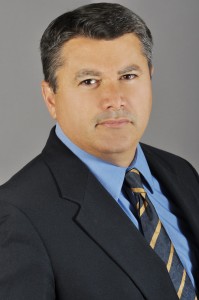 When the U.S. Supreme Court handed down its decision in Obergefell v. Hodges in June, it guaranteed same-sex couples the constitutional right to marry. The decision has had a number of implications for insurance companies. For example, health and life benefits that previously existed only in states that recognized same-sex marriage are now extended to all 50 states. Here, Aflac Inc. benefits consultant agent Louis Varela discusses the ways in which the law has impacted the insurance industry and its clients.

What have been the challenges in offering LGBT-inclusive policies?

Domestic partnerships are problematic because they mean different things in different states and to the federal government. They are, in essence, messy. Marriage licenses, on the other hand, are clean and crisp: A marriage license is a marriage license, and every state, territory and federal government recognizes all marriage licenses as equal. As such, same-sex marriages are the same as heterosexual marriages. For Aflac, this inclusion of same-sex marriages was a natural step, especially since, for other policies, we have been inclusive of lesbian, gay, bisexual, transgender and questioning situations. For example, in our accident policy, children are covered, regardless of whether they are biological, stepchildren, adopted or foster and regardless of whether the household consists of a man and a woman or two individuals of the same gender.

How has the marketplace reacted?

The challenge has simply been to get the word out to folks. And once people realize that they exist, they are delighted. For human resources professionals, it is wonderful to offer benefits to employees, regardless of their individual circumstances. A man married to a man or a woman married to a woman is now on equal footing for all the supplemental insurance products available.

What LGBT-inclusive policies does Aflac offer?

The greatest benefit is for small companies owned by lesbian, gay, bisexual, transgender or questioning individuals. Two women who are married and have, say, a catering business, can now decide which wife will get pregnant this time and which will get pregnant next time — each enjoying short-term leave. The same is true of, say, two men who are married and own a travel agency. Should they form a family — surrogacy, adoption or foster — they can decide who takes time off this time and who takes time off next time. The greatest benefit for LGBTQ-owned businesses is equality when it comes to providing peace of mind through insurance and equality in bonding with the child that enters their lives. The short-term disability/maternity/paternity, accident and cancer policies offer the greatest opportunity for LGBTQ businesses. Aflac is a Fortune 500 company, and that means that there are agents throughout the country who can best assess any LGBTQ business out there — or human resources professional at a company with LGBTQ staff. I can help LGBTQ companies in the Greater New York area, but I will be happy to refer any business to the right agent anywhere in the country.

What feedback have you received from policyholders?

The decision to treat all marriage licenses uniformly has generated tremendous interest. Many companies are surprised that there is no differentiation when it comes to offering benefits based on a spouse’s gender. If a woman is married, the gender of her spouse is immaterial. And we don’t care about the gender of a married man’s spouse. When it comes to treating everyone in a fair and equal matter, Aflac is a leader. And people recognize that — especially when they report having encountered problems with other companies that are still resistant to the new reality of same-sex marriage. v