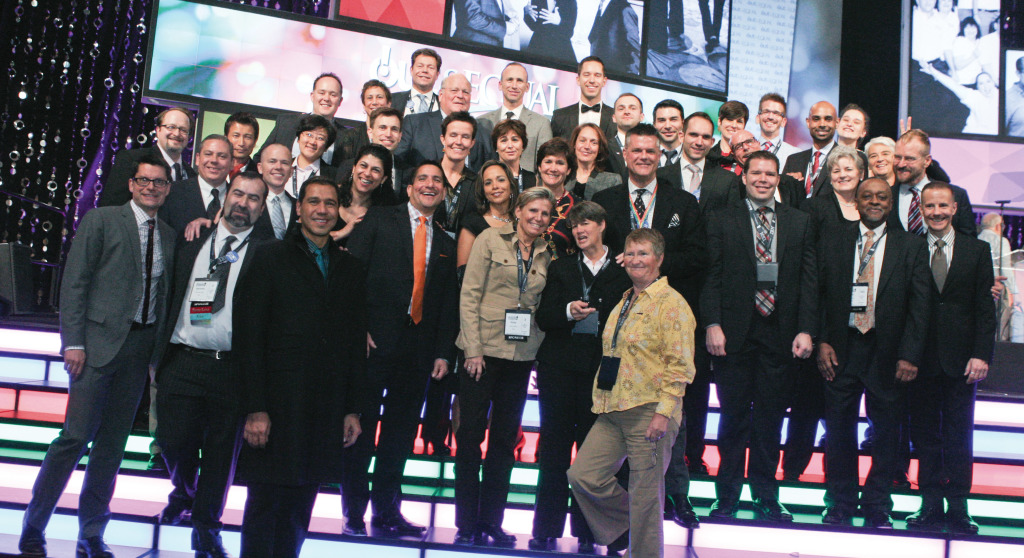 The IBM team at the 2013 Out & Equal Workplace Summit – IBM Out Executives from 17 countries with Ron Glover, Chief Diversity Officer.

Since the 1880s, IBM Corp. and its predecessor companies have stood at the vanguard of innovation, information technology, systems and services. In 1969, the company became one of the first to embrace supplier diversity.

“Diversity is no longer about race, gender, sexual orientation or disability — or numbers. It’s about broadening the definition and objectives to ensure we create a globally sensitive corporate culture that fosters and leverages diversity of thought and relationships,” said Tony Tenicela, global leader and managing business development executive. He develops commercial strategy for workforce diversity and lesbian, gay, bisexual and transgender solutions at IBM.

The multinational technology and consulting corporation’s longstanding history, worldwide support and commitment to the LGBT market began in the mid-20th century, grounded in equal opportunity legislation and compliance. IBM then moved to Diversity 2.0 in the 1990s, with a focus on eliminating barriers and understanding the differences between regional constituencies. Today, the firm continues to incorporate diversity in just about every aspect of its business — from procurement, sales and human resources to marketing, supplier diversity and employee resource groups.

IBM was one of the nine original companies that helped found the National Gay & Lesbian Chamber of Commerce in 2002. Today, the NGLCC continues to be the voice of the LGBT business community and is the largest global not-for-profit advocacy organization dedicated to expanding economic opportunities and advancements for LGBT people.

From a human resources perspective, IBM was one of the first corporations to include “sexual orientation” in its nondiscrimination policy in 1984 — more than 30 years ago. “IBM strongly believes in and sees the value of a diverse workforce. It fosters innovation and makes IBM an attractive place to work,” said Silvy Vluggen, global LGBT program manager, with worldwide responsibility for the development and implementation of LGBT policies and programs.

In 1995, the company launched an LGBT executive task force, now called the Global LGBT Council. Members are all openly LGBT executives who define the annual worldwide LGBT goals. Also, IBM started providing domestic partner benefits in the United States in 1997, and has since expanded the benefits to all countries in the world where it is legally allowed. Finally, in 2006, the company introduced voluntary self-identification in its human resources system, allowing employees to identify as LGBT on a voluntary basis. 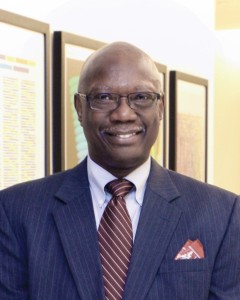 “To ensure that our LGBT employees can flourish, thrive and, ultimately, better serve our clients, IBM is committed to promoting a safe, open and inclusive working environment and insists on a workplace that is free of discrimination and harassment and full of opportunity for all people,” Tenicela said. “We also strive to create an environment where LGBT employees are valued and empowered to think freely. They can express themselves, innovate and are able to fully contribute to the workplace and to our clients.”

Speaking of clients, IBM has included LGBT in its sales efforts as well. The company believes that diversity is a competitive differentiator, enabling it to reflect the global diversity of its customers. IBM’s Global LGBT/Diversity Business Development organization advises C-suite executives worldwide on how to leverage diversity, LGBT relationships and human capital to improve workforce effectiveness, foster collaboration and stimulate innovation. The organization has successfully worked with account teams worldwide to leverage the company’s global diversity/human capital best practices in order to identify customer opportunities and differentiate it from the competition. The global team of business development executives works with the sales community to leverage strategic partnerships with LGBT community organizations and IBM’s openly LGBT executive community, developing internal LGBT/diversity best practices to win business.

As for supplier diversity, “all diverse owned businesses, including those owned by LGBT individuals who can provide value to our supply chain, are given access to decision makers,”said Michael Robinson, ISC program director, Global Supplier Diversity and Supplier Connection for IBM. Development of LGBT and other diverse suppliers are accomplished through education, training and mentoring with the objective of enabling businesses to succeed and grow, he added.

As for procurement, the company has made sure to include the LGBT market too. In 1999, IBM was the first company to appoint a full-time procurement program director to focus specifically on securing LGBT-owned vendors to provide products and services. This function still exists today, and, in fact, it has expanded to include a global reach. 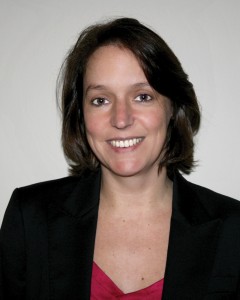 For now, Tenicela hopes that other corporations that have been hesitant so far to incorporate the LGBT market into their business strategy will learn from IBM’s leadership. He summed up the business benefit of diversity perfectly, “There is an inextricable link between the LGBT community and a creative, open and questioning society that provides the foundation for innovation in business. IBM is more than just an information technology company. At our core, we’re working to make the planet a smarter place. To do that, we need diversity of culture, people, thoughts and ideas. As we sit in meeting rooms around the world trying to solve our clients’ problems, it is very clear that if we are all looking at the problem through the eyes of one community, then there’s little room for creativity. It’s only when you have diversity around the table that you get that spark of creativity for a smarter solution. This [innovation] is why IBM has a proud history of empowering not just the LGBT community, but also anyone with talent and skills.”